This 1994 essay documents a turning point in my devotion to being a dedicated oil painter. 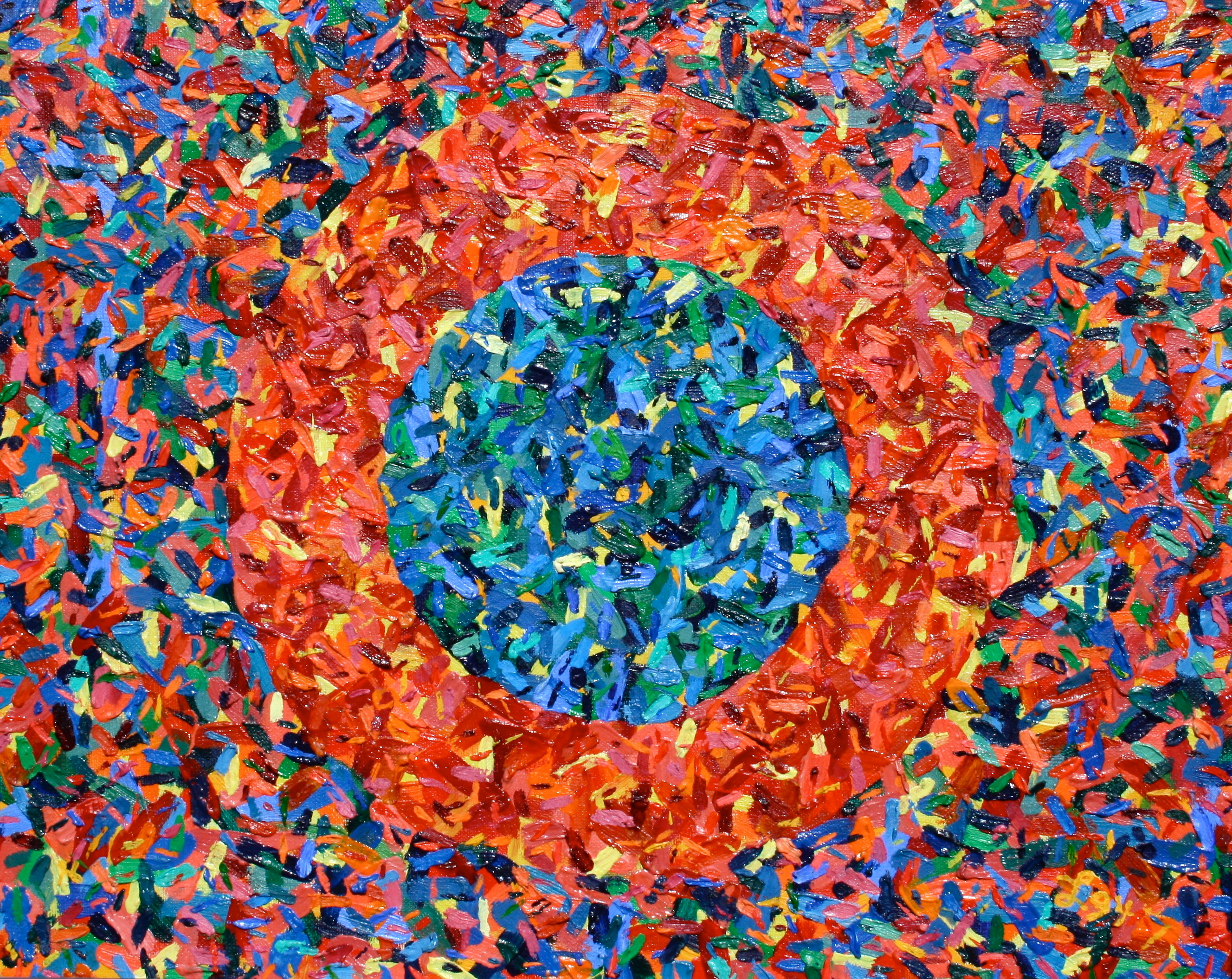 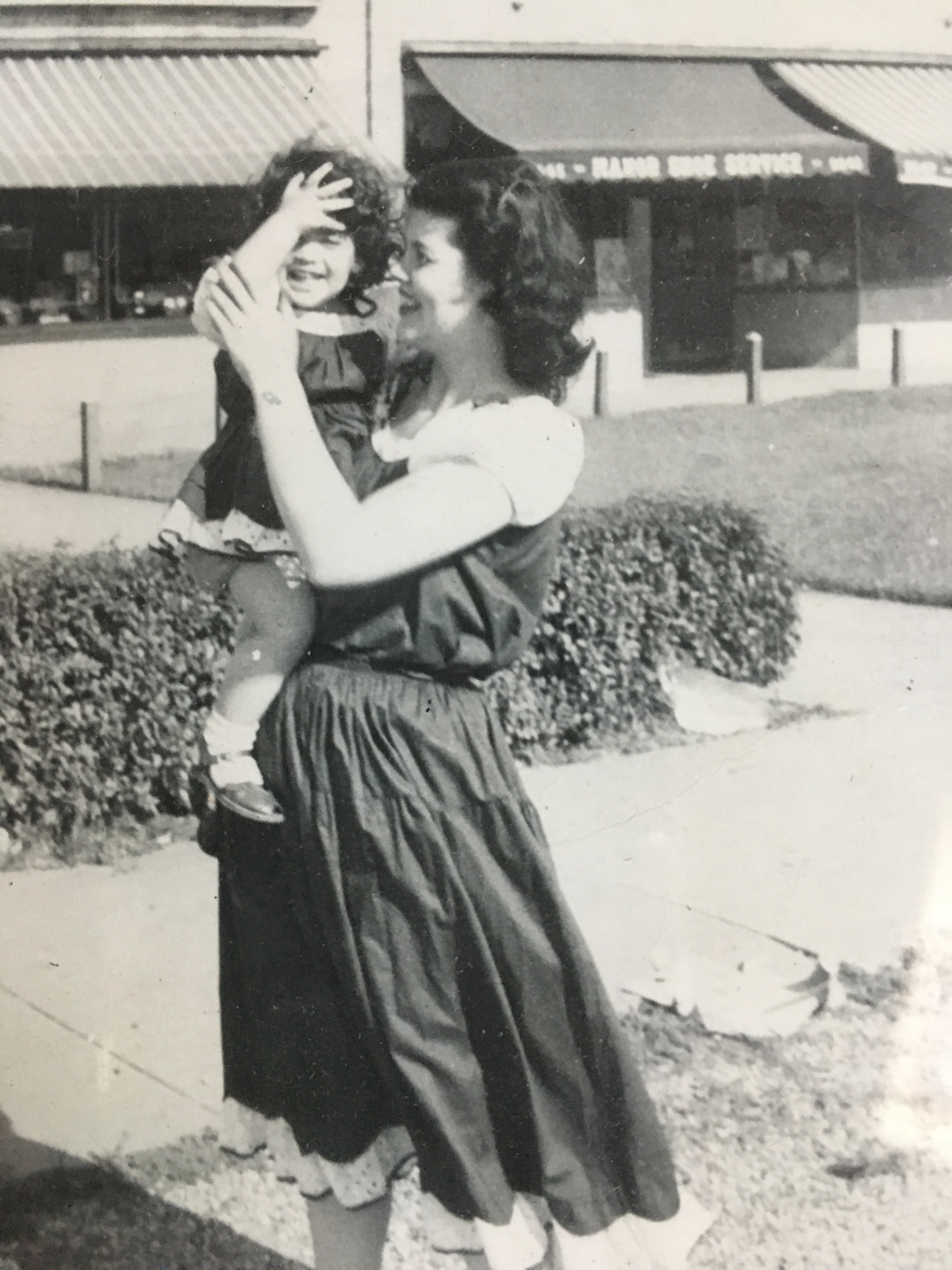 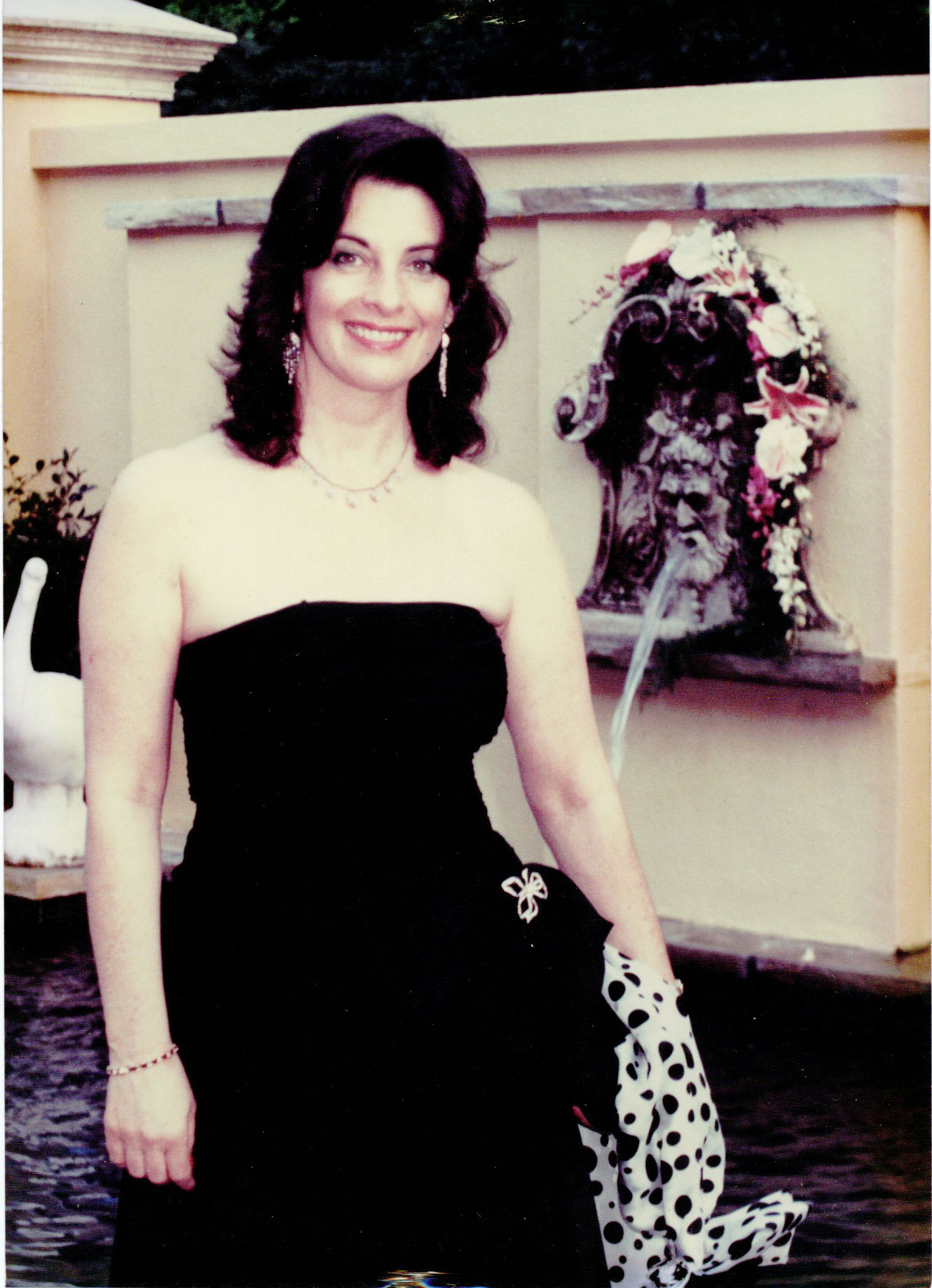 After my sister, Ellen, died on November 18, 1993, I processed my grief by undertaking this painting. In March,1994, my family and I traveled to London with inheritance funds. It had been one of her favorite cities.

I visited the National Gallery and sat before a cartoon by Leonardo da Vinci, a rare, fragile drawing that had been used for a masterpiece mural that has long since vanished. Studying it for quite some time in a dim, almost cave-like display room, I began to weep for Ellen. I thought about her and da Vinci; he had left a legacy of artwork but what about her?

I mentally calculated how much of his genetic record might remain today. The mathematics quickly became mind-boggling. Over the course of some five hundred years, ones chromosomes become an incalculable mix with those of other ancestors. The percentage of da Vinci left in any direct descendent was minute. A while later I walked outside and seated myself in Trafalgar Square, sketchbook on my lap, drawing multi-colored lines to represent the amount of genetic material that might be passed from generation to generation. On the first line I drew a line of blue. On the following line was a blue line half as large and an orange one equal in size next to it. This combination of two colors represented the first two people in a human lineage. On the next line were the blue and orange, half again the size of the previous two, but red and purple were added alongside. By the time three generations occurred, there were eight colors.

At first, I expected to be able to complete this color representation of generations; but, I quickly gave up as the colors and lines became too numerous. The ramifications seemed clear—with the passage of time, little of us remains.

Bucking all the odds, da Vinci still survives in his artwork, writings, and inventions. However, within the context of Ellen’s life, the phenomena of disappearance seemed especially dramatic. She left no heirs, so what remained of her? Well, there are DNA strains within me that were also in her and have been passed to my children, but that is so little and within a few generations will be diluted till practically nothing is left. Unarticulated, these ideas had been vexing me since Ellen’s death. Is our presence in this lifetime meaningless after we’re gone?

England’s character continually reminded me of this dilemma. I viewed a row of wooden thrones in the Tower of London, each with the name of a monarch who had ruled and perished. There could only be a miniscule amount of centuries old, royal DNA left in Queen Elizabeth. Our bodies decay, but what of our spirit?

I believe in reincarnation, that some aspect of our soul takes form in different bodies and experiences many lifetimes. I took comfort in the belief that Ellen’s spirit had moved on to another state, and that the essence of her would return again over and over. Then a thought occurred to me. If reincarnation is true—if we have many lives in which to learn many lessons—then the impact of a past-life existence was quite like the physical influence of the blood relatives who lived before—only minute particles remaining from entire lives. If bits of Leonardo’s soul exist in a person today, as little of his essence is present in that person as would be da Vinci’s genes in an ancestor.

As the vacation progressed, those two infinite manifestations of existence—body and soul—were like my two eyes, and with every view of the world around me these two concepts merged. Every sight and sound became part of my experience, and an immeasurably small particle of my future existence.

While riding on the underground, the tube, I envisioned two circles, an outer one of various tones of red (the body), and an inner one of blues (the soul). Yellows appeared in both areas to symbolize the continuity of life (DNA) and existence (spirit). The circles would be bordered by a combination of reds, blues, and yellows to represent eternity, God. I quickly sketched the basic form and ideas on a piece of notepaper, which established the framework for the painting.

On my birthday back home in Carlsbad, July 5th, I finally started putting oil to canvas. I decided to use three different sized brushes. Every color would be applied with the largest, then the medium, and finally the smallest. I wasn’t sure why I thought this should be the case, but as the painting evolved over the next four months, my intuition began to make sense. I also rotated the surface regularly so that I would not follow any conscious patterns with my brush strokes. (As a matter of fact, the final applications were of my initial “L” and “94” in a light yellow, a color I’d used in paintings before to represent enlightenment or the Creator. That signature was made in one, arbitrary corner, and an “L” was placed in the other three corners, as well, to indicate that the painting could be correctly viewed from each direction.)

During the ensuing months, I made thousands of separate, distinct brush strokes. I added pastels throughout, and included oranges with the reds and greens with the blues for the sake of variety and to create a more kinetic impression. All along I had intended that each stroke in the “body” area would refer to an experience, a thought, a sensation, or a moment of life. They would each also represent the gene of an ancestor, some with the same color standing for the same family strand. Within the “soul” section, each stroke would refer to a spiritual lesson from this and other lifetimes. In the “eternity” area, the same colors are used again, indicating that beyond this incarnation we are formed with everything that has ever been or will be, the Akashic record.

Given this deep meaning, every stroke was deliberately applied, and I sometimes spent as much as a minute contemplating the placement or thickness of paint. As this technique evolved, I had the sensation that every lifetime, experience, and moment was important, special; but, as the canvas became filled and colors covered over others—though never blending or merging, each staying distinct—I realized that I could no longer attach any significance to any of the individual strokes. Their part of the whole was all that mattered. Some strokes were thick or wide, showing the wealth of life fully lived. Others were thin and brief, like the speck of a life too short (body) or one long, long ago (spirit).

The process of this meditative painting helped me to work through the grief of losing my sister, because every dab of paint reminded me of her life and my faith that we are both a small part of a bigger picture. We are all with God, we will always be together in the infinite. This month, as I celebrate the first anniversary of her death, I do so with love and appreciation for the time we spent together, for the blood between us.