In February 2016, I had lunch with with Tomas Herrera-Mishler, President and CEO of the Balboa Park Conservancy*, in whose office many of the Centennial pictures hang. One of his main projects is fundraising for the restoration of the Botanical Building, and he showed me colorized post card images of what the park looked like a hundred years ago, during the Panama-California Exposition.

Since no oil paintings of the Botanical Grounds from that era are known to exist, I offered to paint a few that might be used for promotional purposes, and the finished canvases were also framed and hung in their offices.

*In 2022 the conservancy merged with other groups and is now called Forever Balboa Park. The paintings still reside on the same walls and have been seen by hundreds of tour groups. 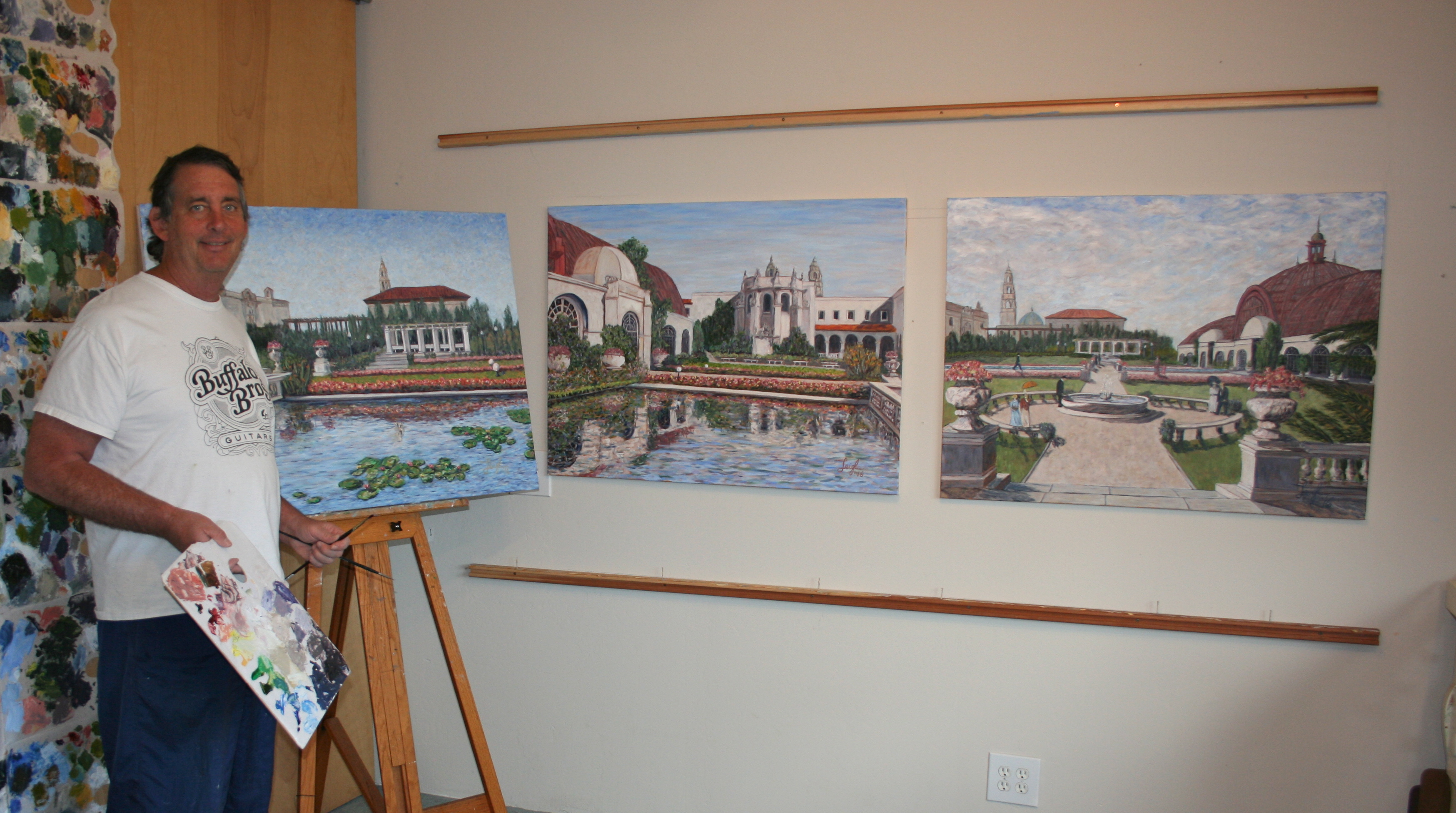 Leigh in his studio 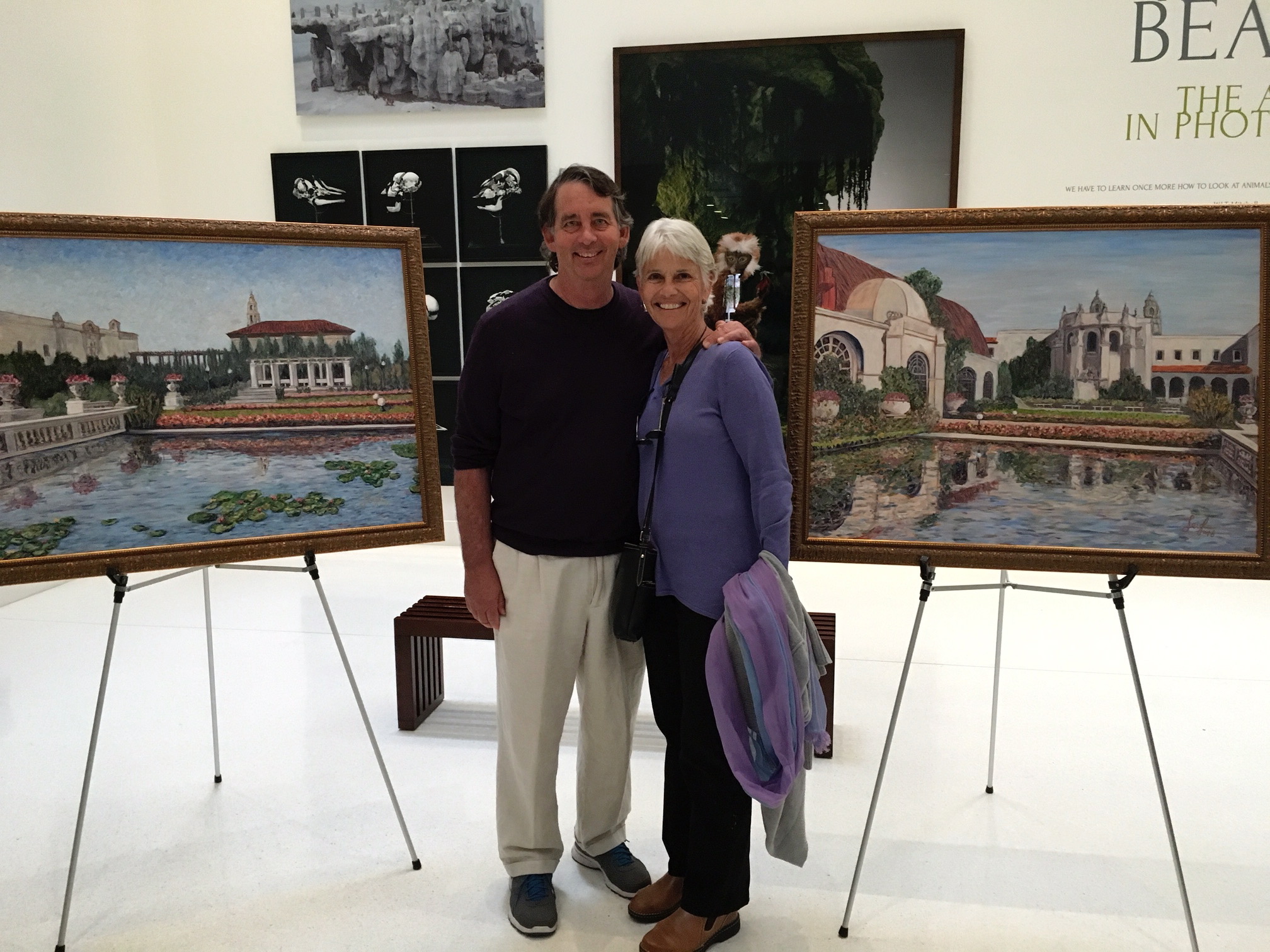 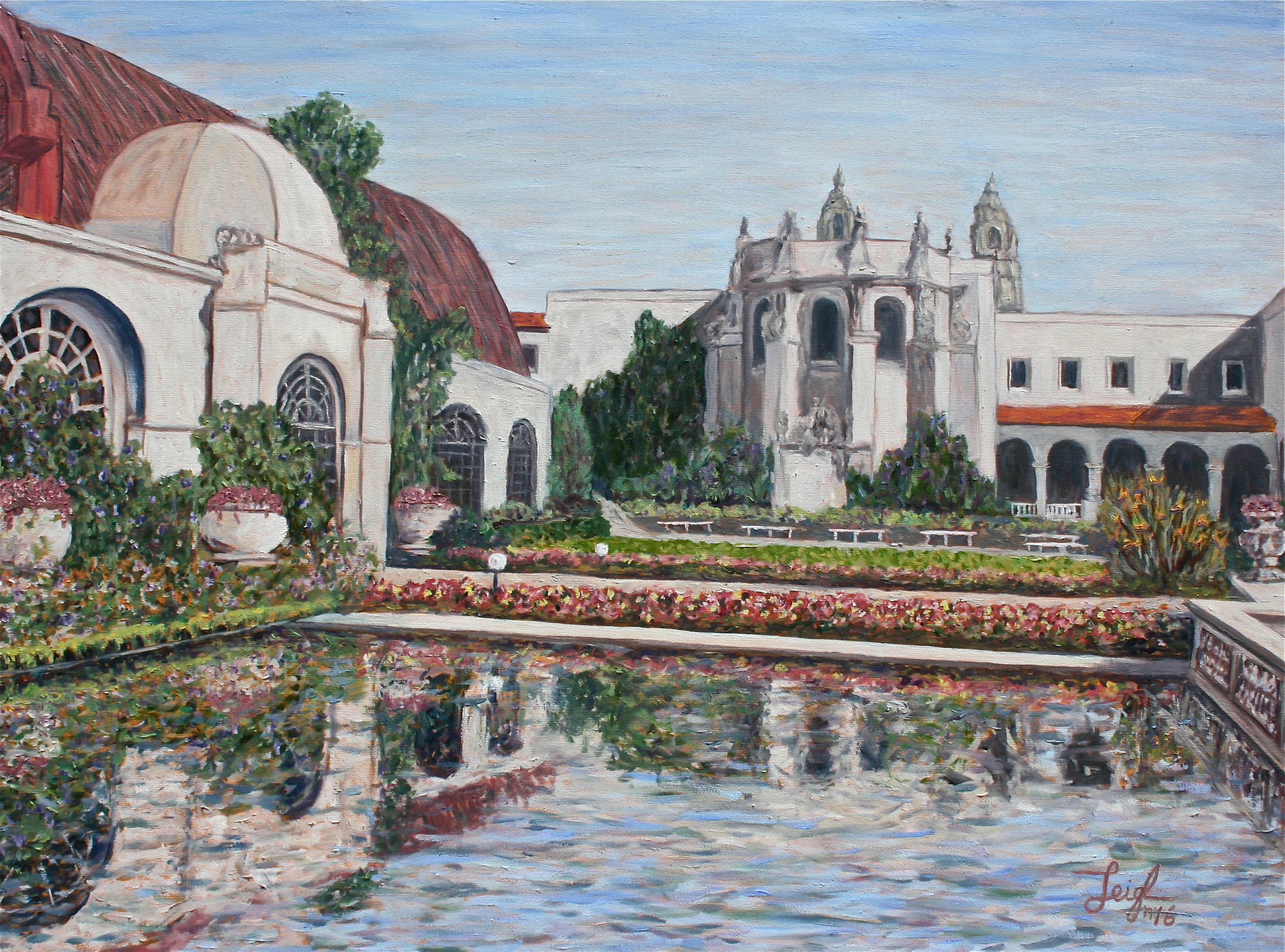 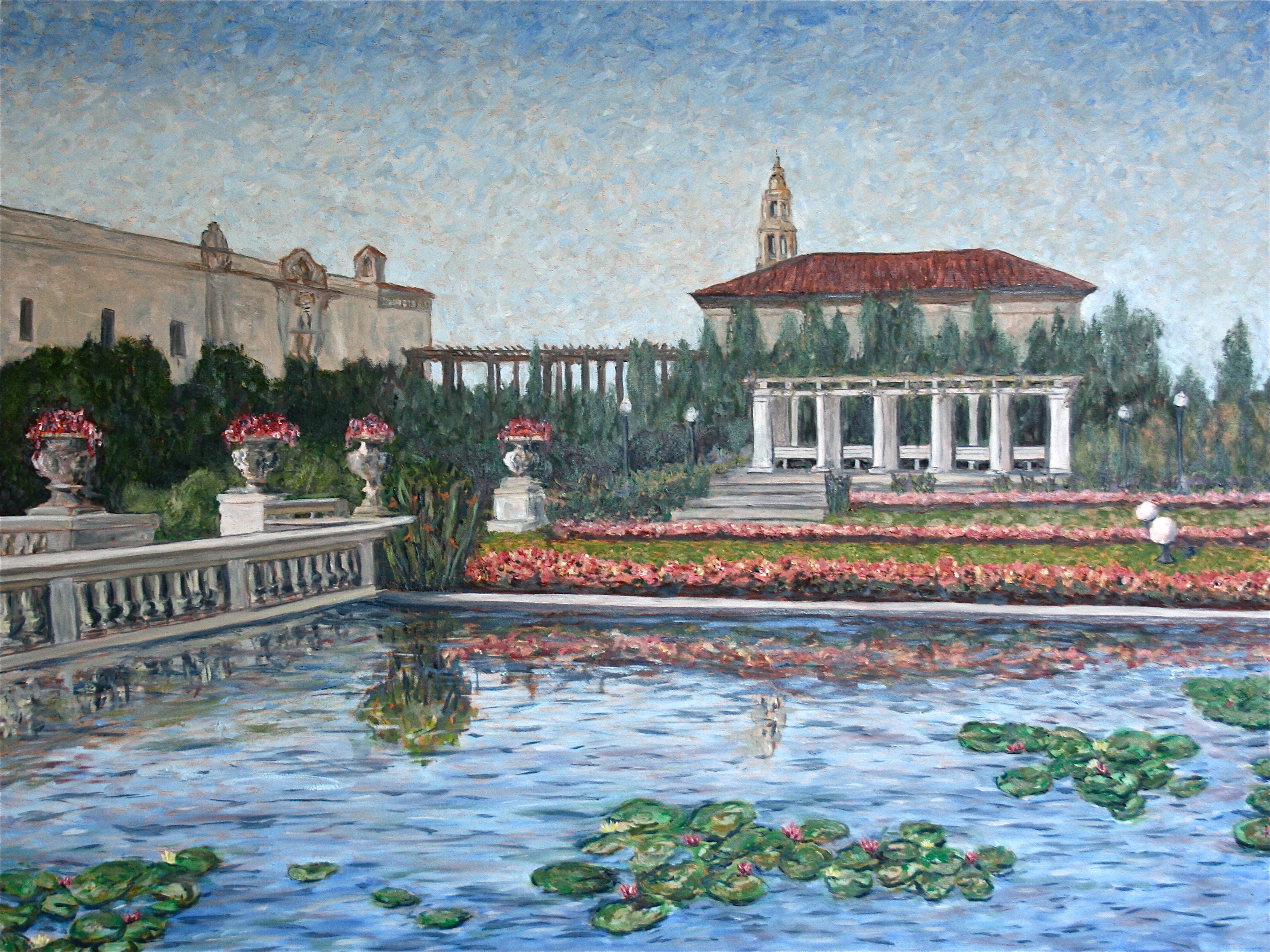 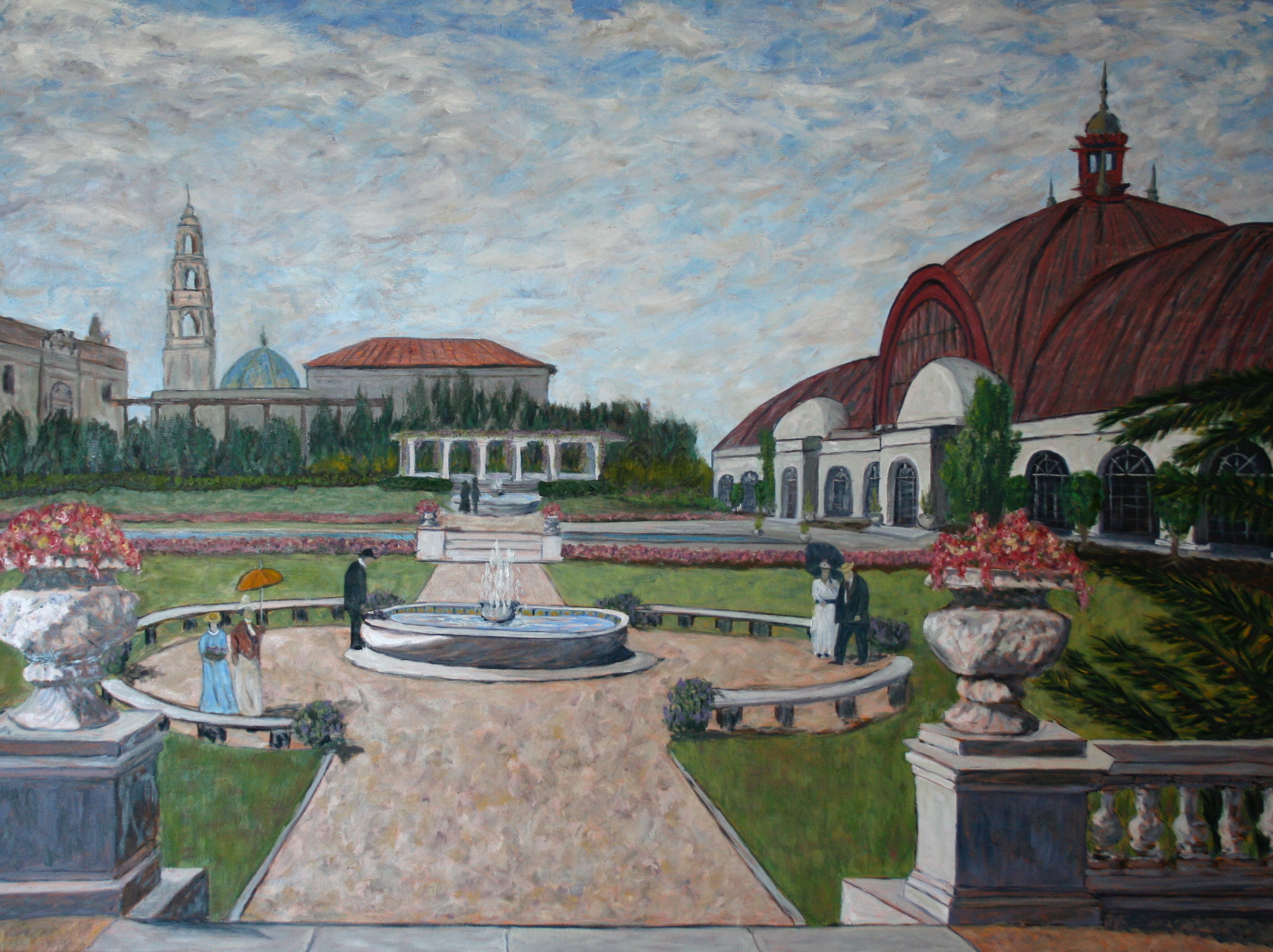 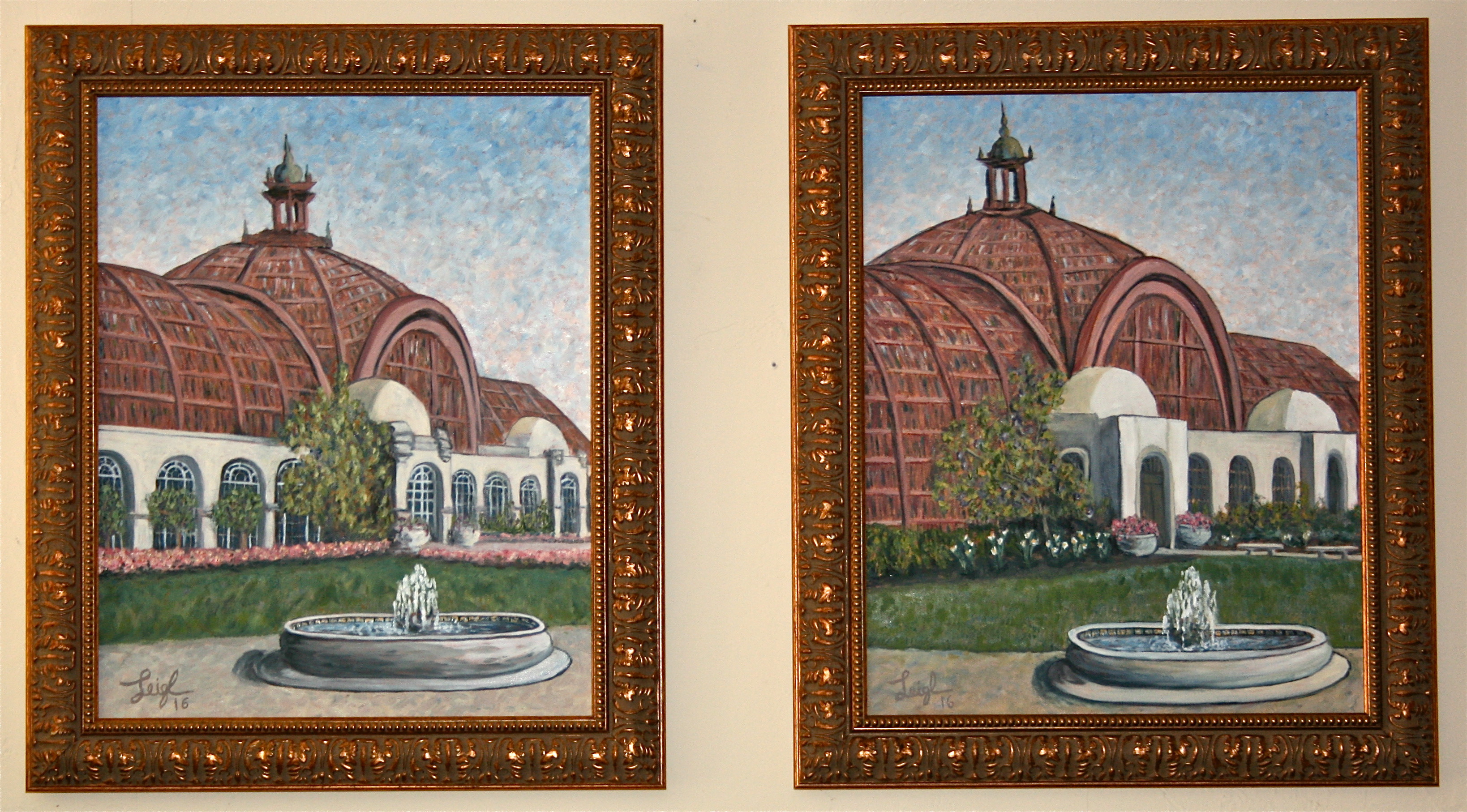 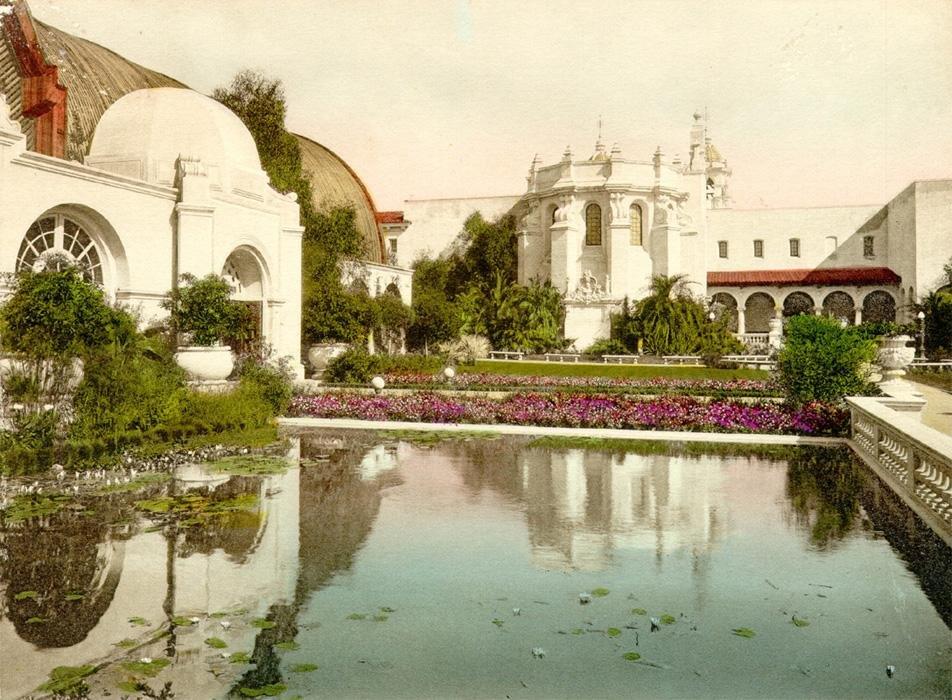 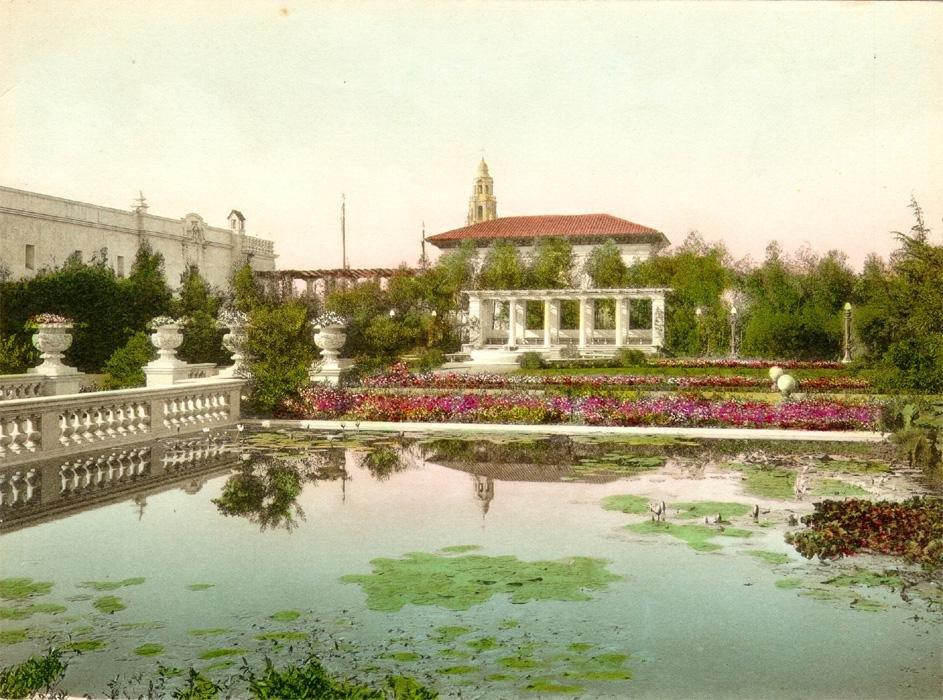 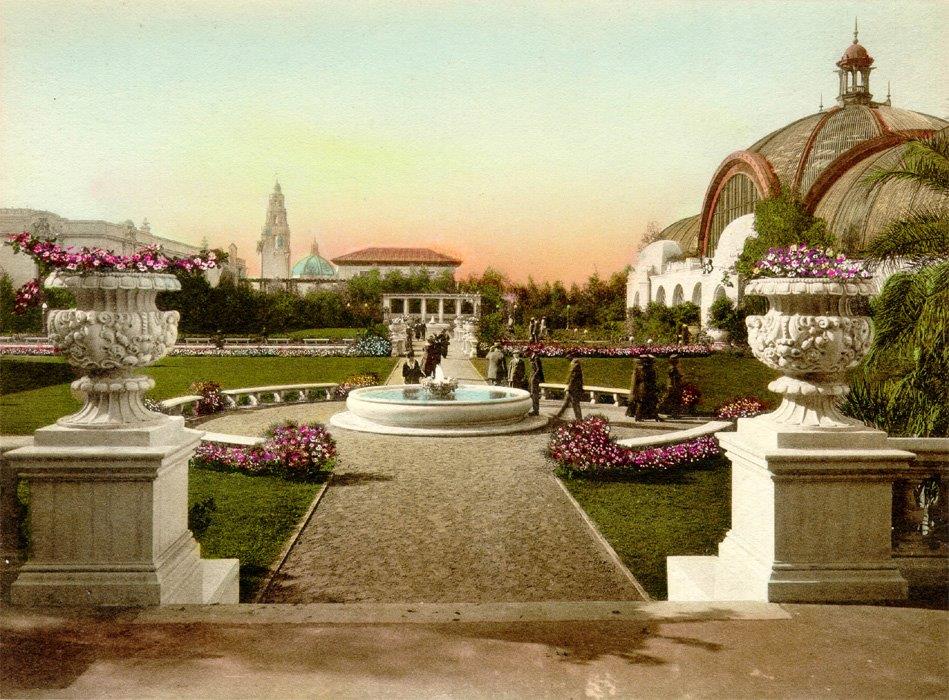 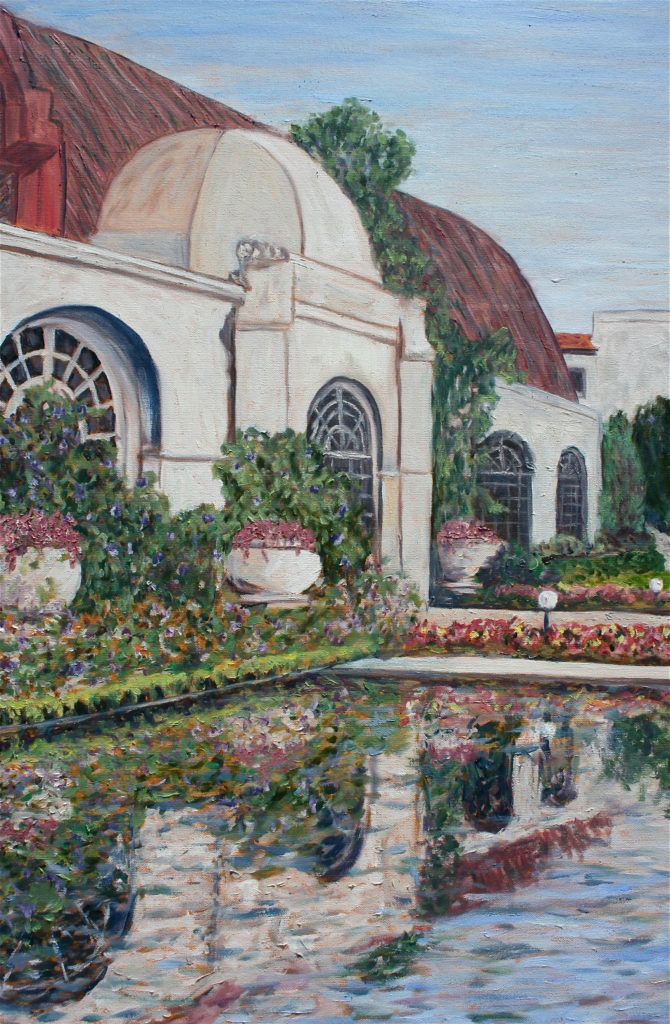 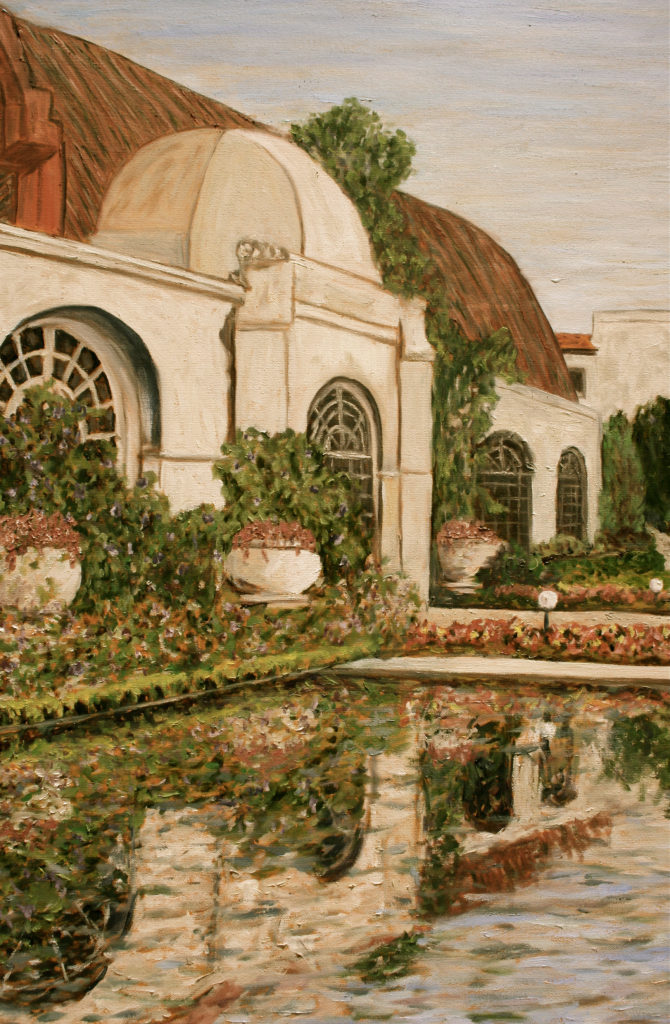 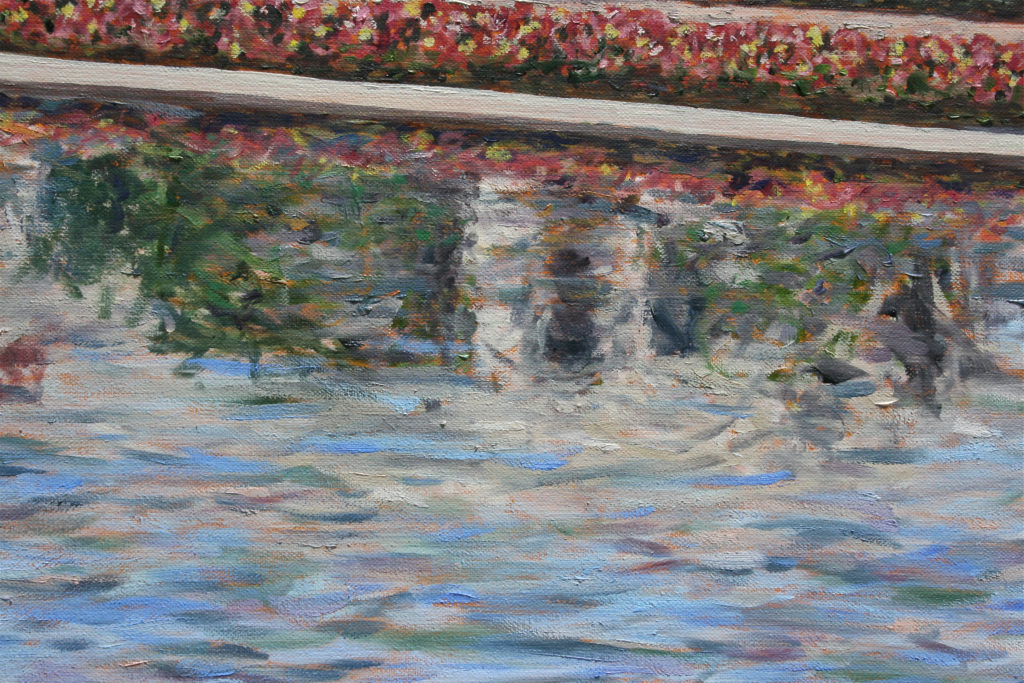 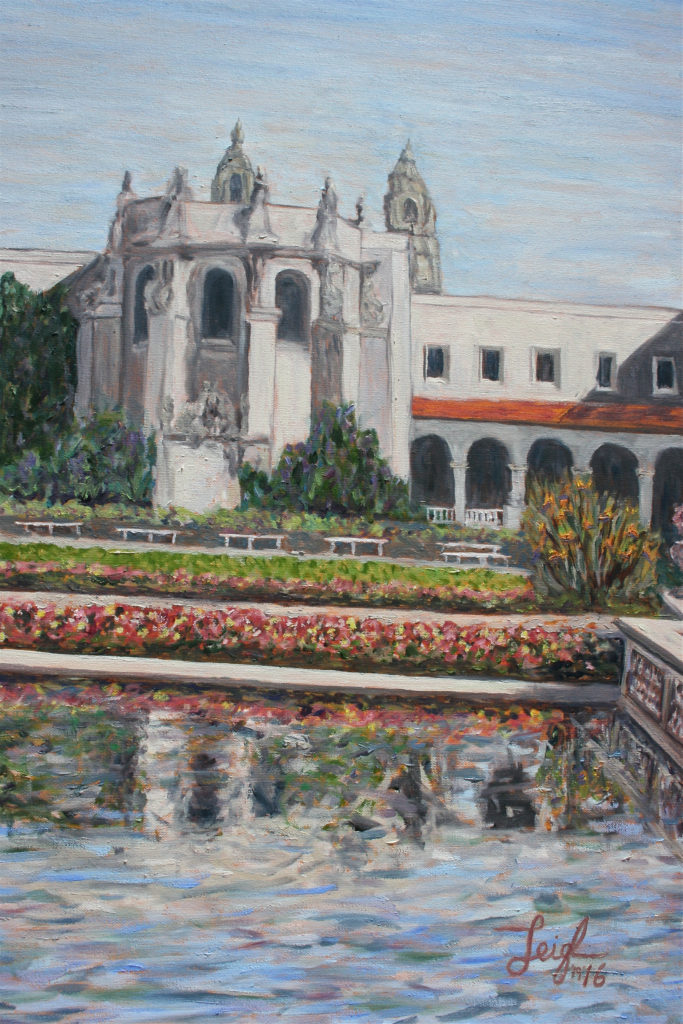 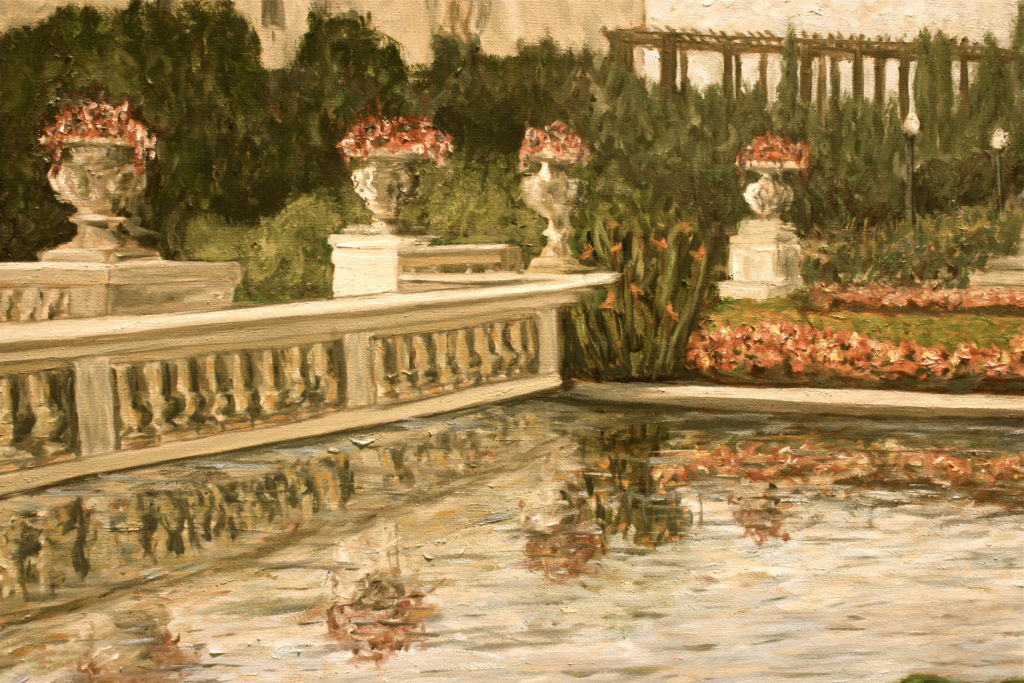 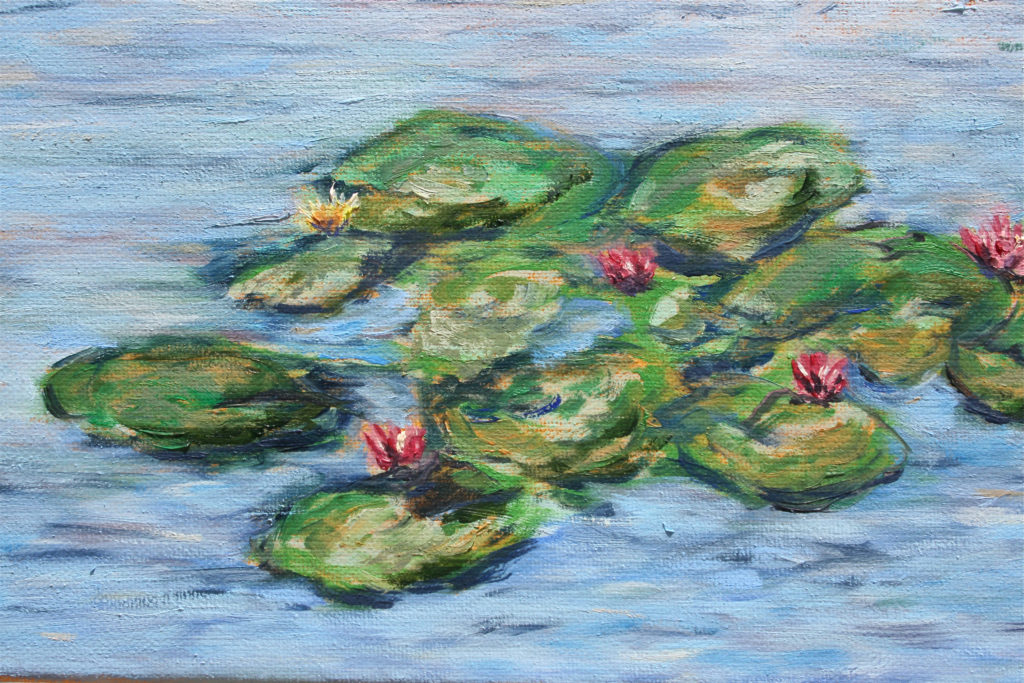 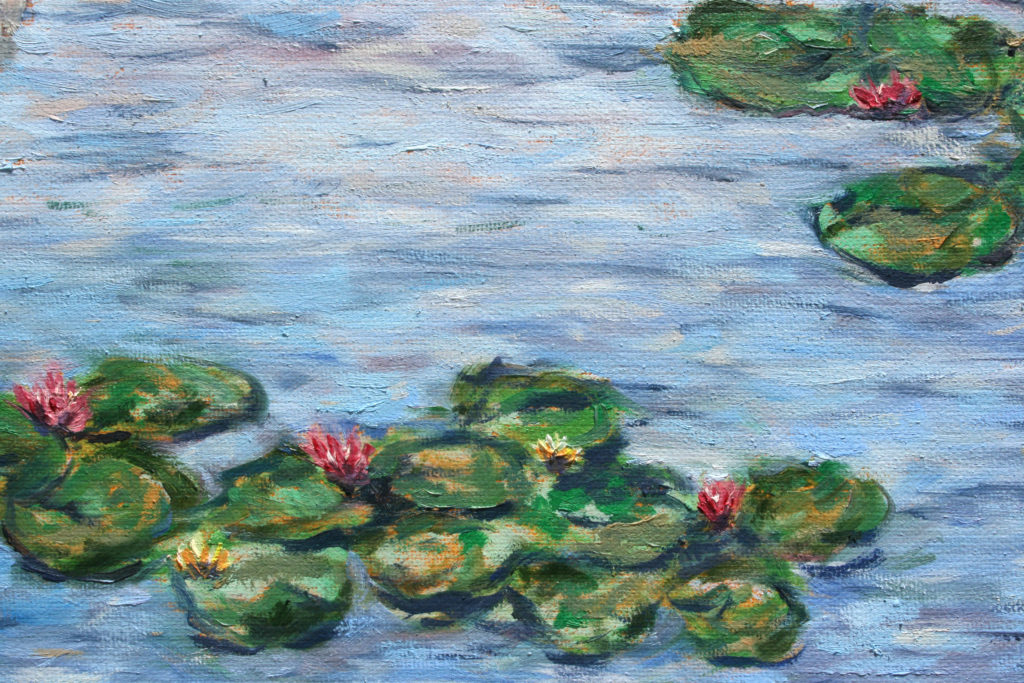 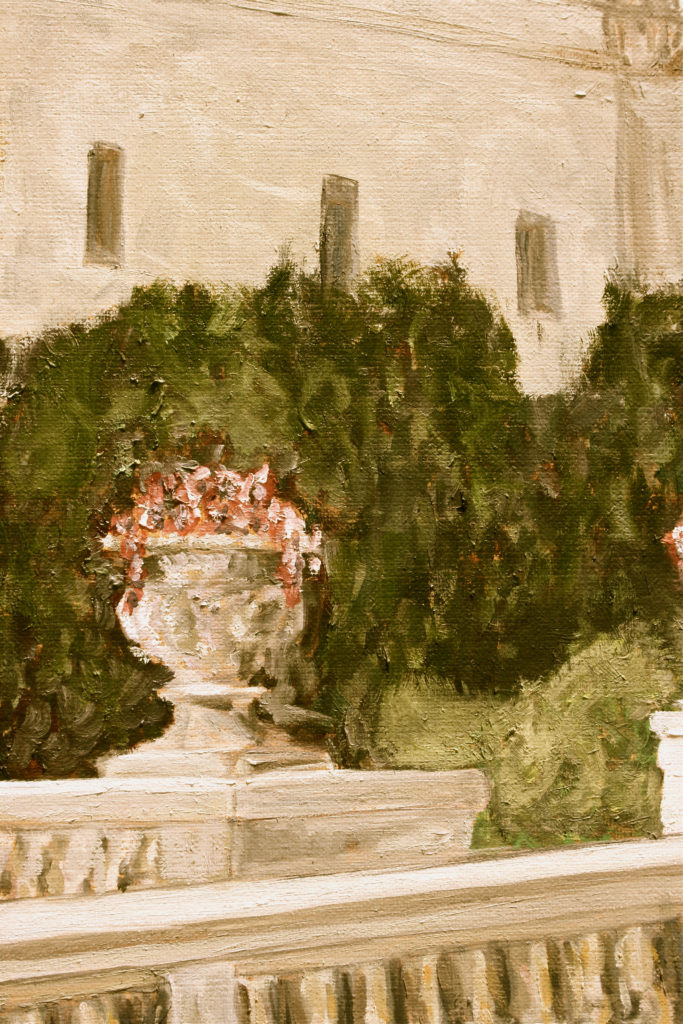 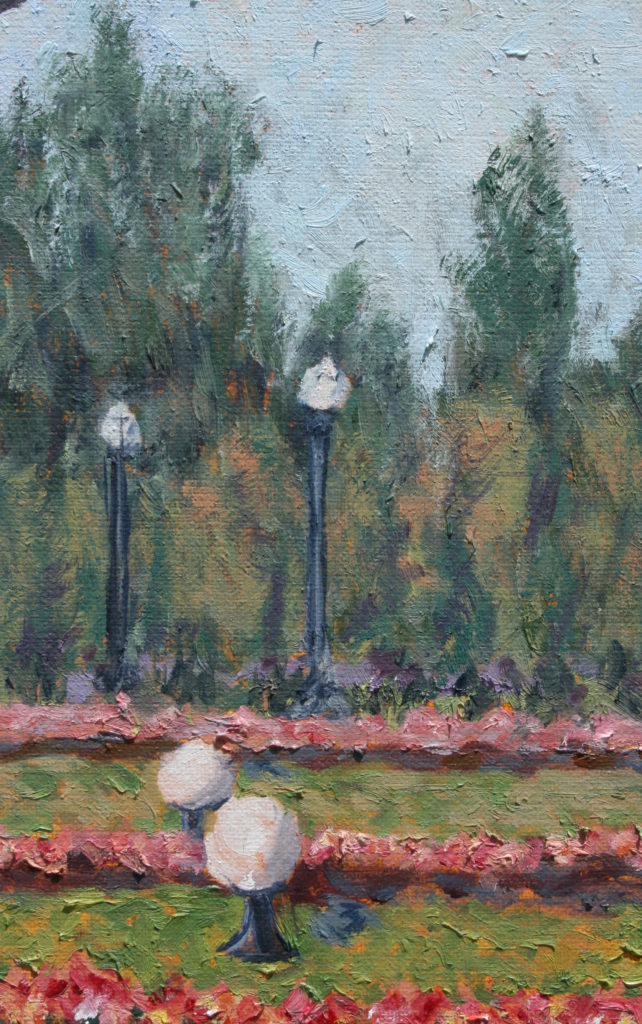 Arbor & Pergola detail
Manage Cookie Consent
To provide the best experiences, we use technologies like cookies to store and/or access device information. Consenting to these technologies will allow us to process data such as browsing behavior or unique IDs on this site. Not consenting or withdrawing consent, may adversely affect certain features and functions.
Manage options Manage services Manage vendors Read more about these purposes
View preferences
{title} {title} {title}