The memorial service for my dear friend, Jan Nathan, was held at a beach club in Redondo Beach, CA in 2007. She was the executive director of a non-profit trade organization, Publishers Marketing Association, of which I was an early president. PMA, which is now called Independent Book Publishers of America, was instrumental in my professional career. While waiting for the service to begin, I snapped a photo of boats in the harbor, thinking that they would make an interesting painting subject.

“The Boat Race” was done as a personal memorial for Jan. I decided to make it feel stark, so the canvas was left white without an undercoat and I used a minimum of warm colors. The red buoys, which I added, signal the finish line, and the boater in red will win, but it is a race no one wants to finish (to death). I gave this one to Jan’s son, Terry, who assumed her role at PMA, where I’m told, the painting hangs.

Struck by the cheerless landscape I had created, I decided to try again with a more upbeat palette. The second time around, I cut off the breakwater so that the horizon was visible, added the obvious cloudy sky, and turned the boats around so that they were coming in at sunset. My son, Neil, asked for this painting because, as an alumnus of UC-Berkeley, he liked the Cal colors.

In the third attempt, I changed the dimensions of the composition and went for a more natural, daytime palette. 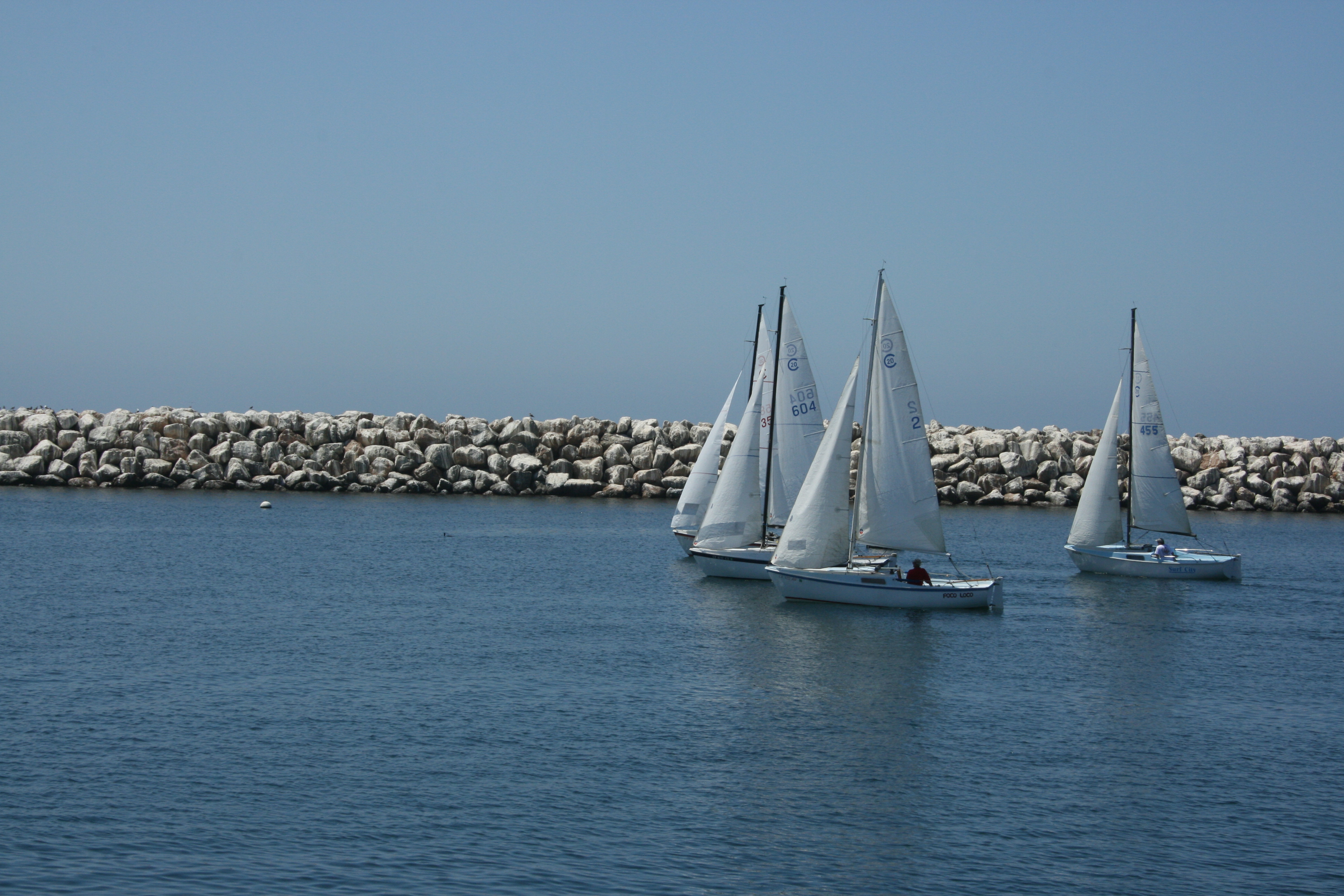 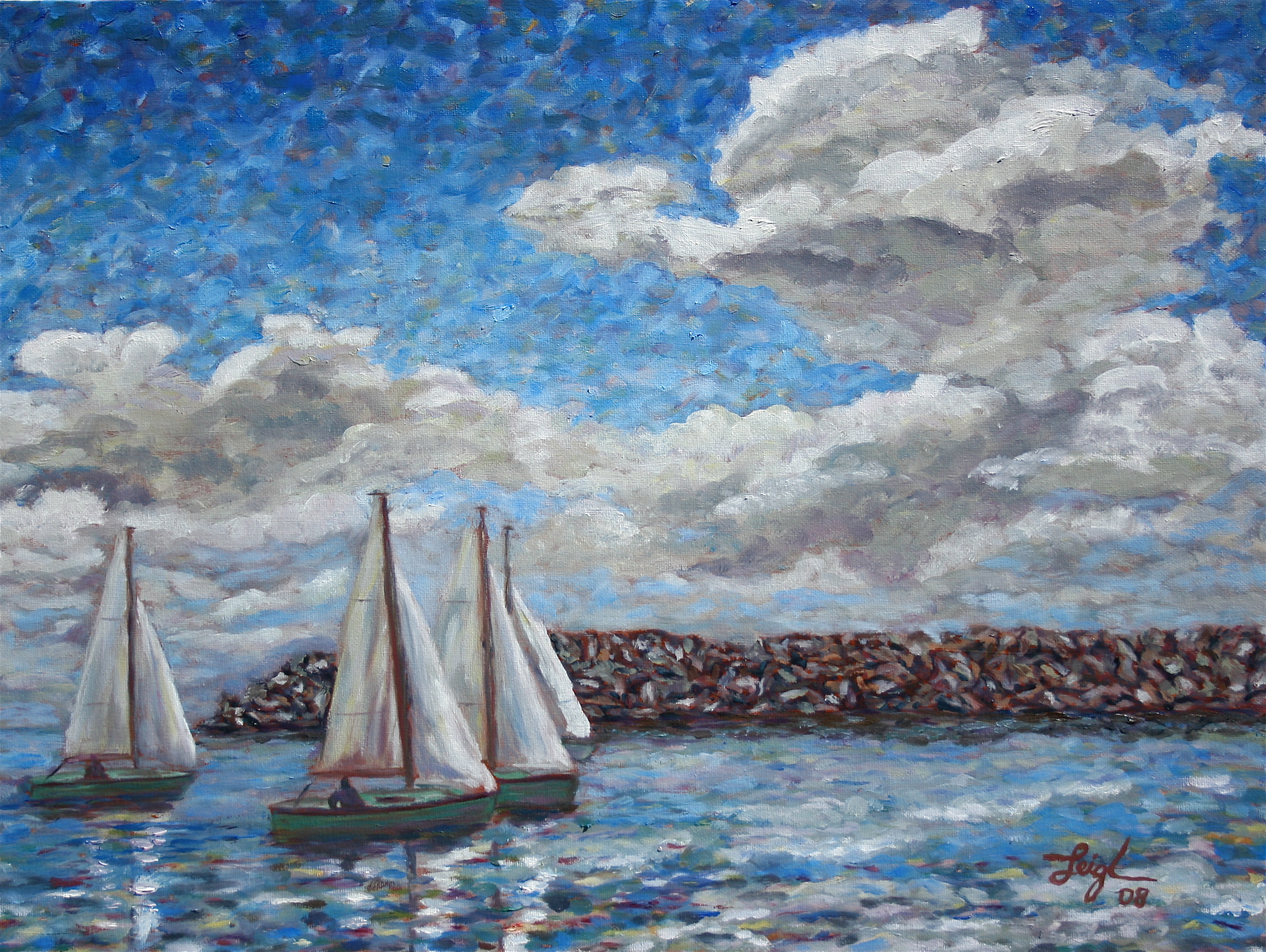