For 46 years, I suffered as a loyal fan of the Chicago White Sox. In 1959, when I was eight years old and lived on the South Side of Chicago, my whole life revolved around the White Sox. When they won the American League pennant, air raid sirens went off to alert the masses—the 40-year drought since the “Black Sox” sold out to gamblers in 1919 had ended. My parents were given two tickets to game six, and my dad figured out a way to sneak me into the game. (Watch the video clip to get the whole story.) Unfortunately, the Sox lost and my “wait till next year,” dragged on for decades.

When the White Sox clinched a spot in the 2005 World Series, I bought tickets for my sons, Neil and Charlie, and me. Shortly after landing in Chicago, we were met by a TV news crew from WGN: “The Superstation,” who documented my passion for the team and included home movies from the ’59 series (video).

The Sox swept a four game series, their first Championship since 1917, and I painted their on-field celebration. This was a quick, spontaneous painting and captures the excitement that the players experienced on the field and the joy that I felt as a fan.

A couple of years later, the Red Sox won the World Series and I painted their celebration for a friend. 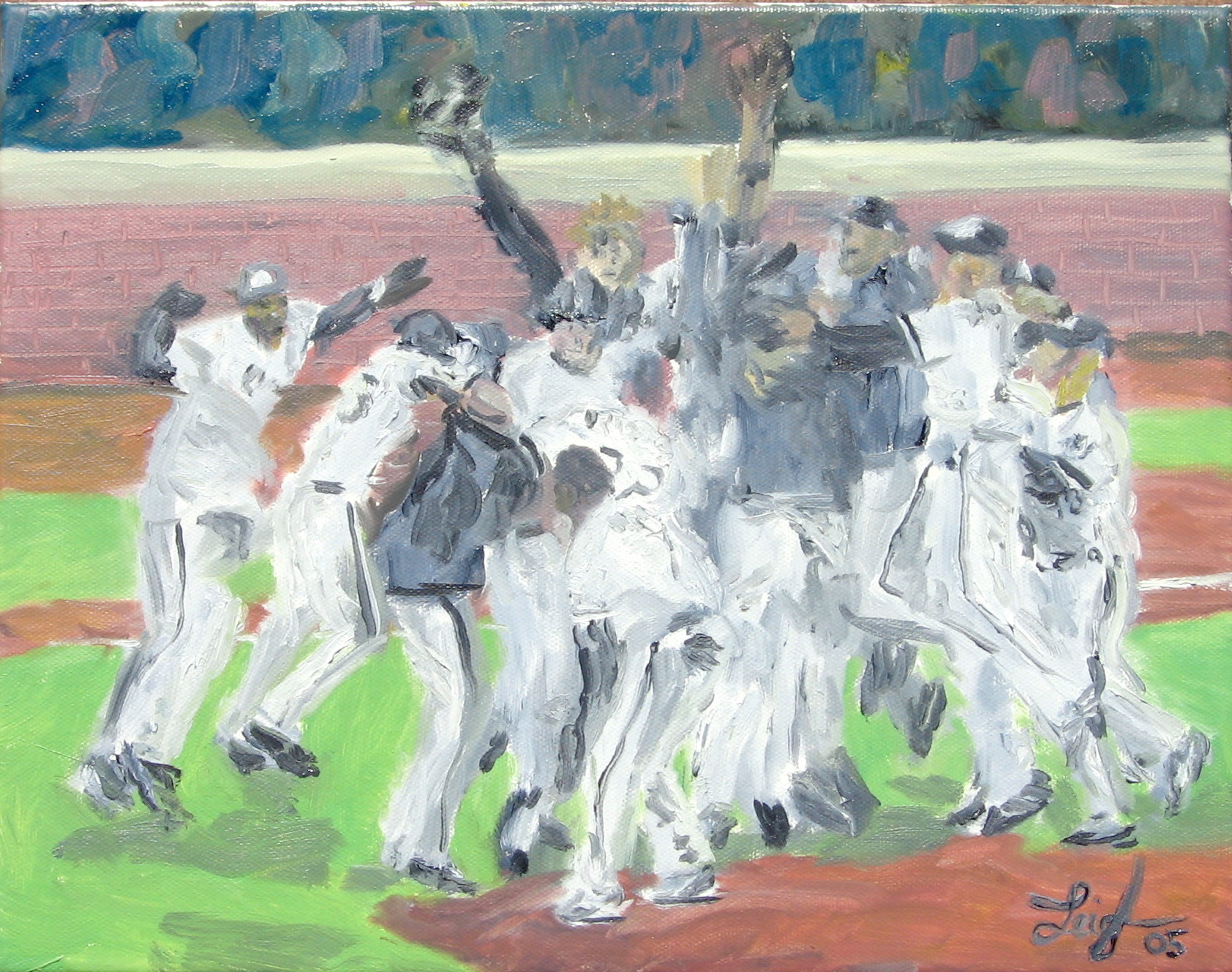 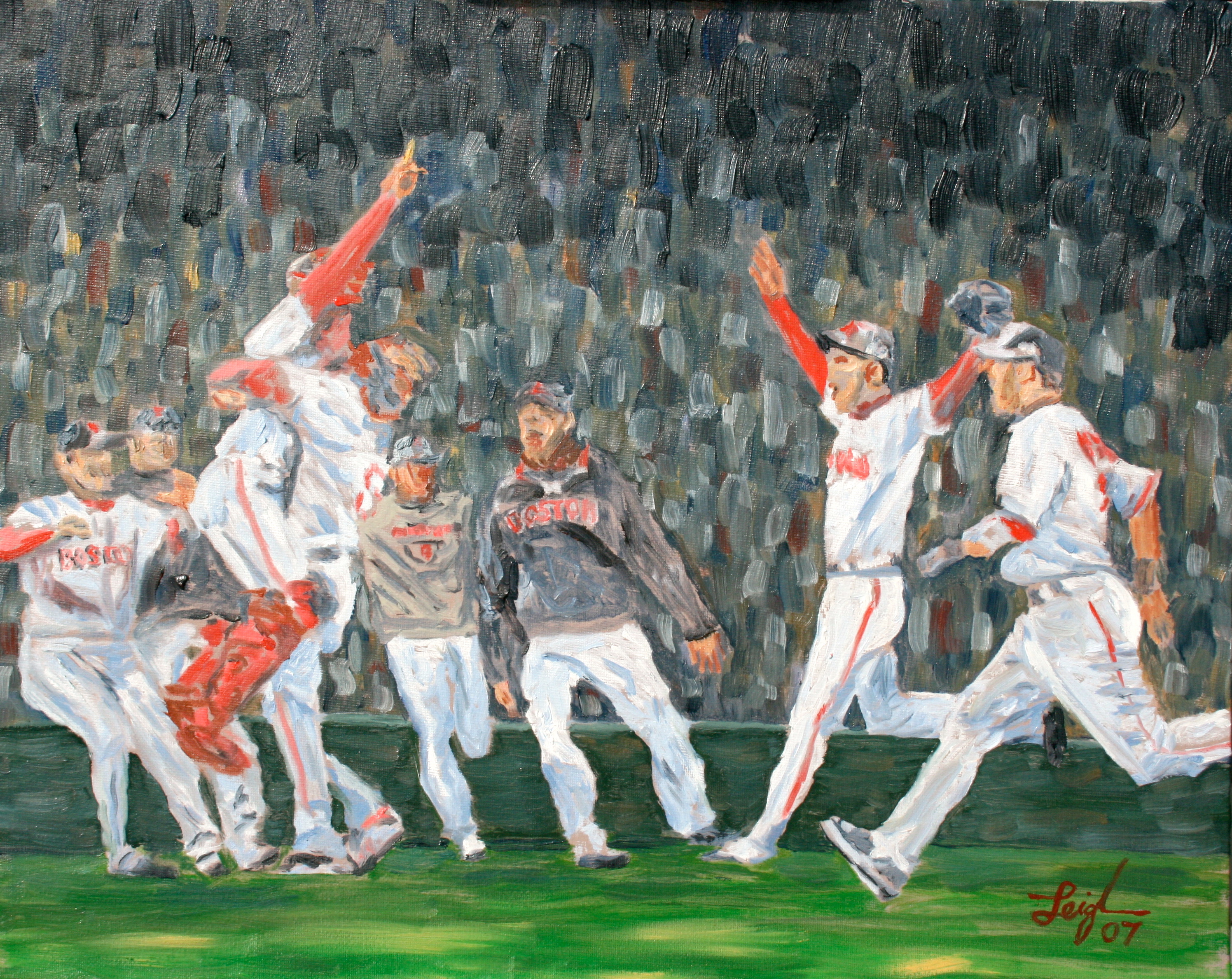 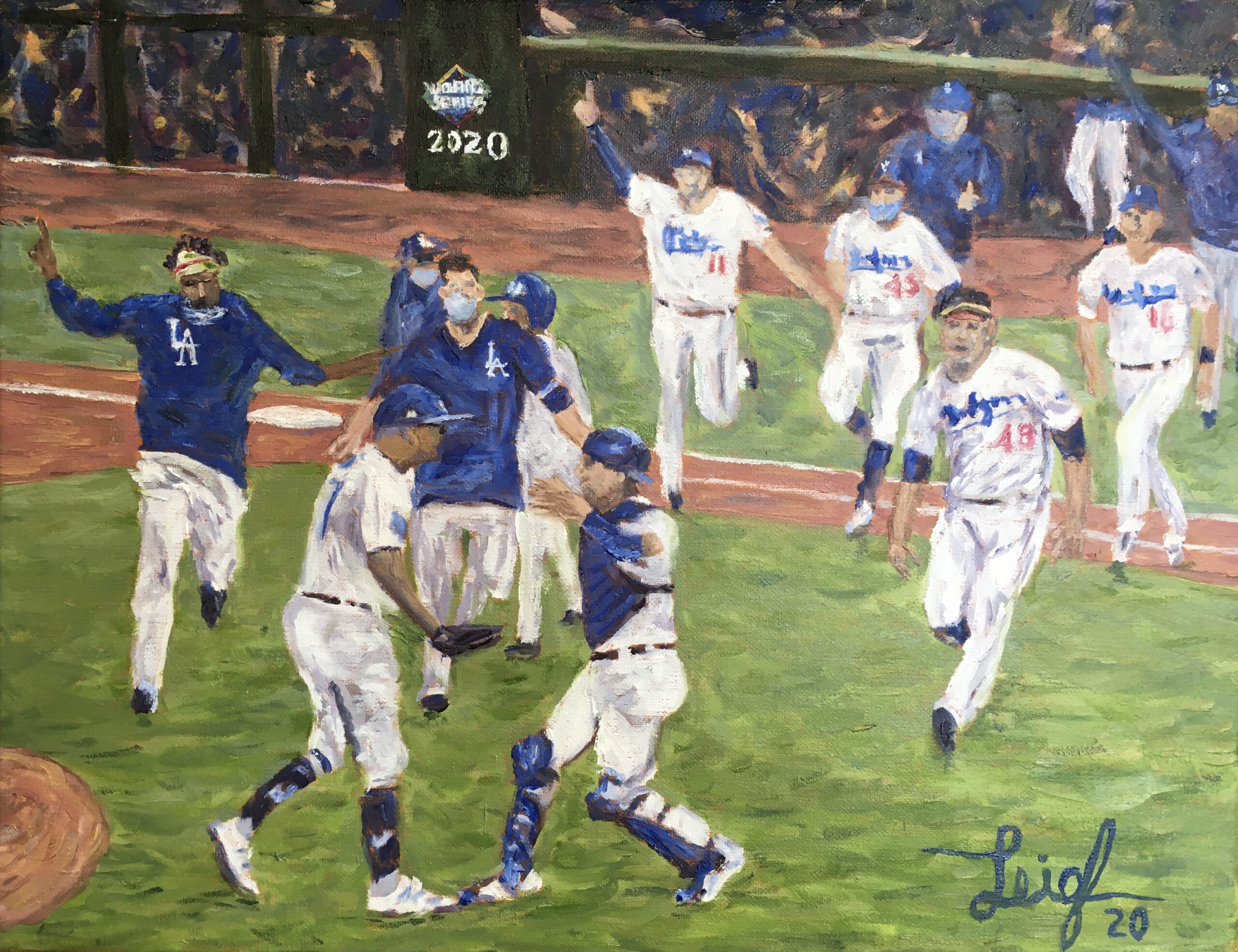 Dodgers Win 2020 World Series ~ Afton Spiegal, Altadena, CA 2021 • 18 x 24
Manage Cookie Consent
To provide the best experiences, we use technologies like cookies to store and/or access device information. Consenting to these technologies will allow us to process data such as browsing behavior or unique IDs on this site. Not consenting or withdrawing consent, may adversely affect certain features and functions.
Manage options Manage services Manage vendors Read more about these purposes
View preferences
{title} {title} {title}