Admittedly, portraiture is not my strong point, but I do try to convey a feeling of the subject’s personality. Some of the pictures shown here are included in other themes, but they display the variety of portraits I've painted.

“Self Portrait on a Bench” reflected my 22-year-old transcendental thinking. (At that time, I used the same light yellow in various paintings to represent enlightenment.) It is in response to a lifelong obsession with basketball as both a fan and player. For the guitar players, I used the same palette to convey Ken's steady playing and that Buffalo John is quite a character—here jamming on his "silent" guitar that has a frame but no body. 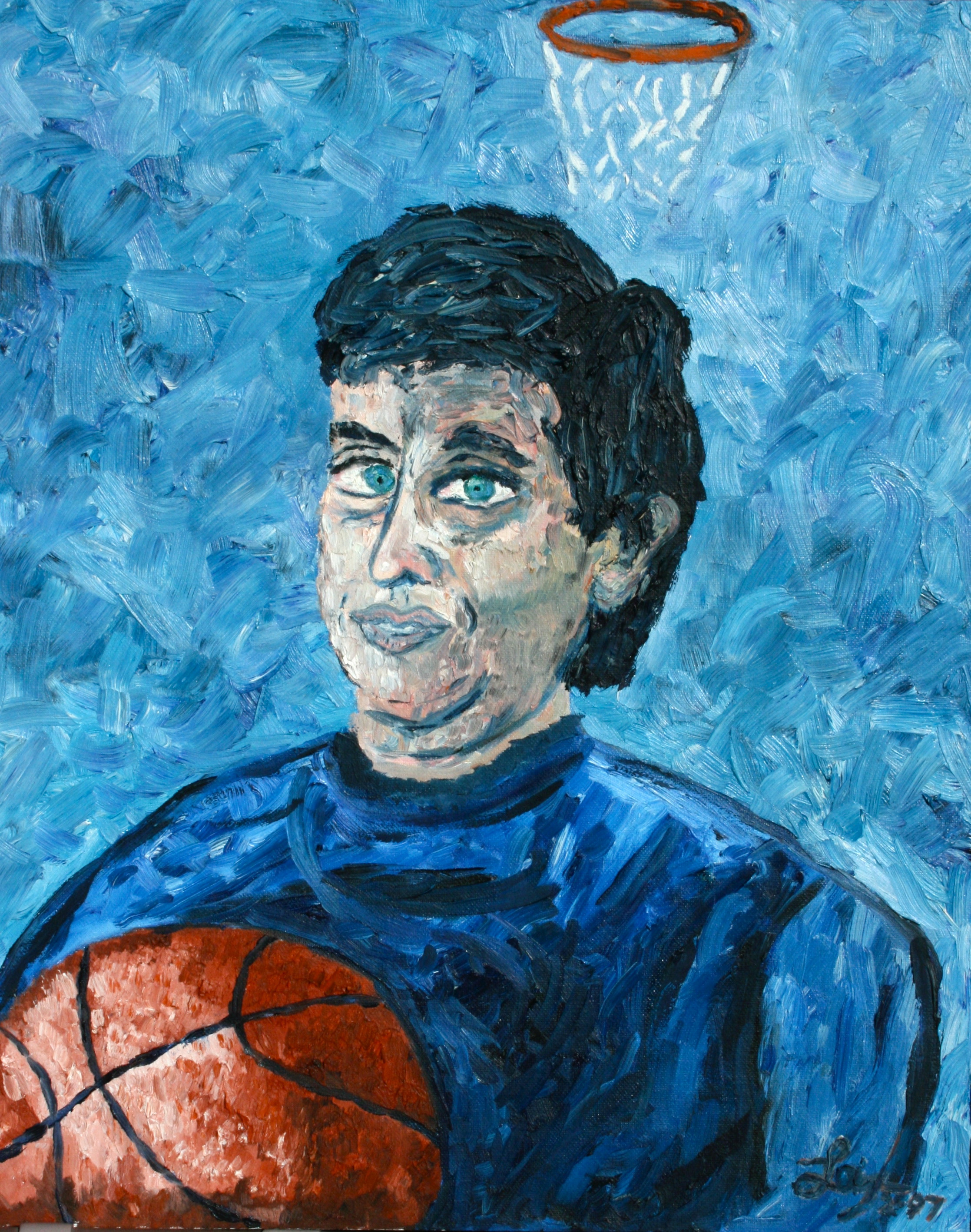 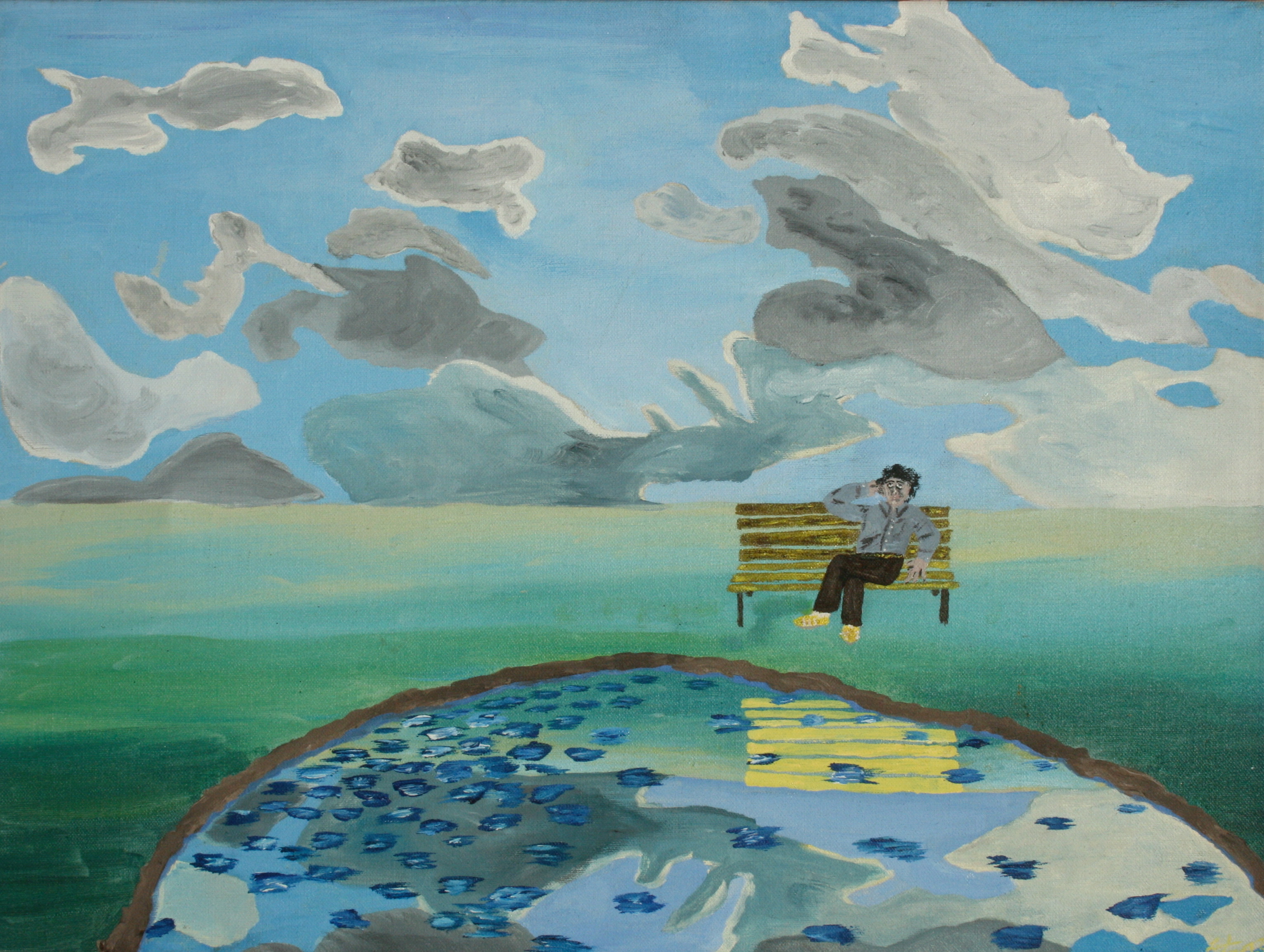 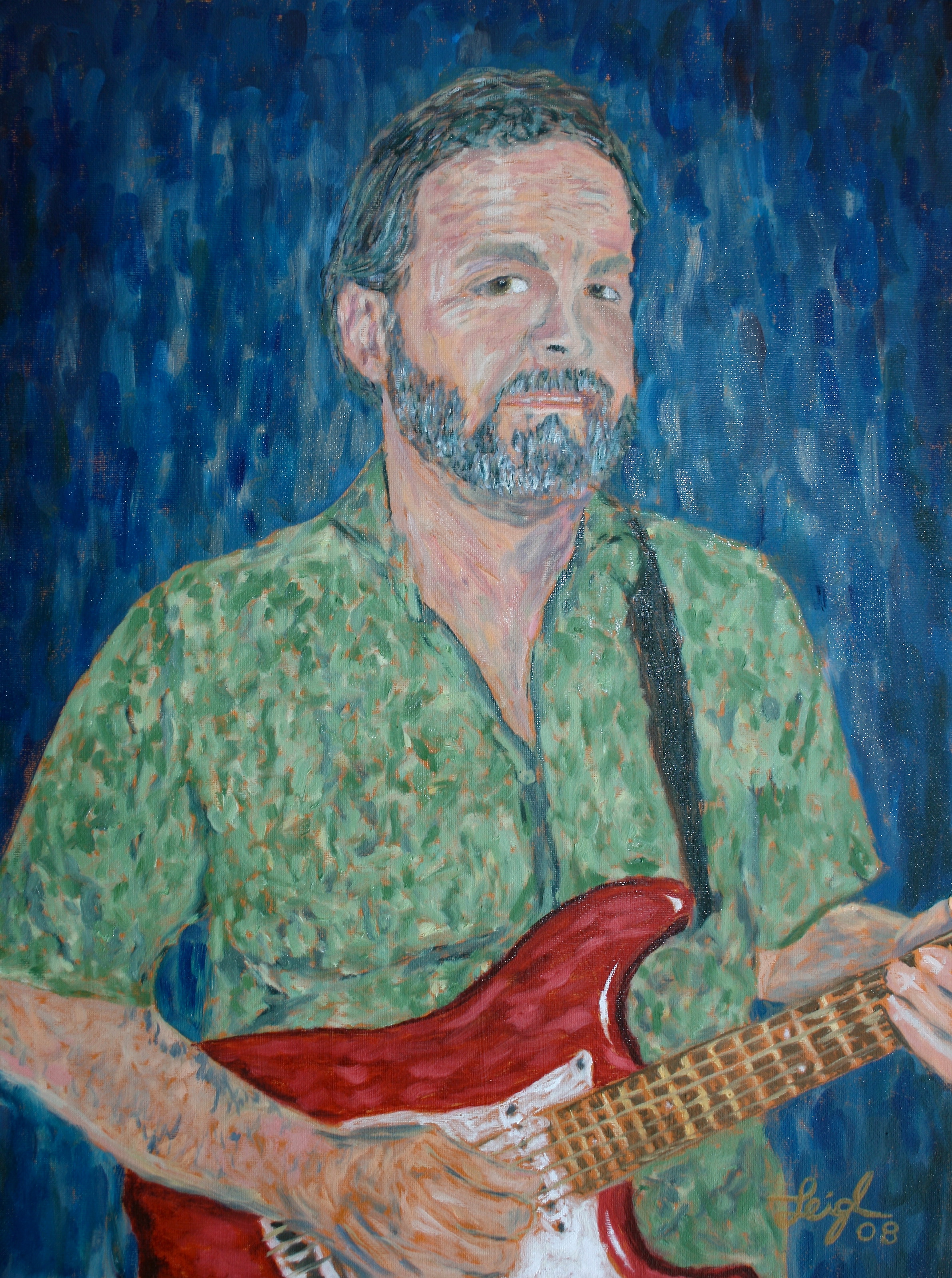 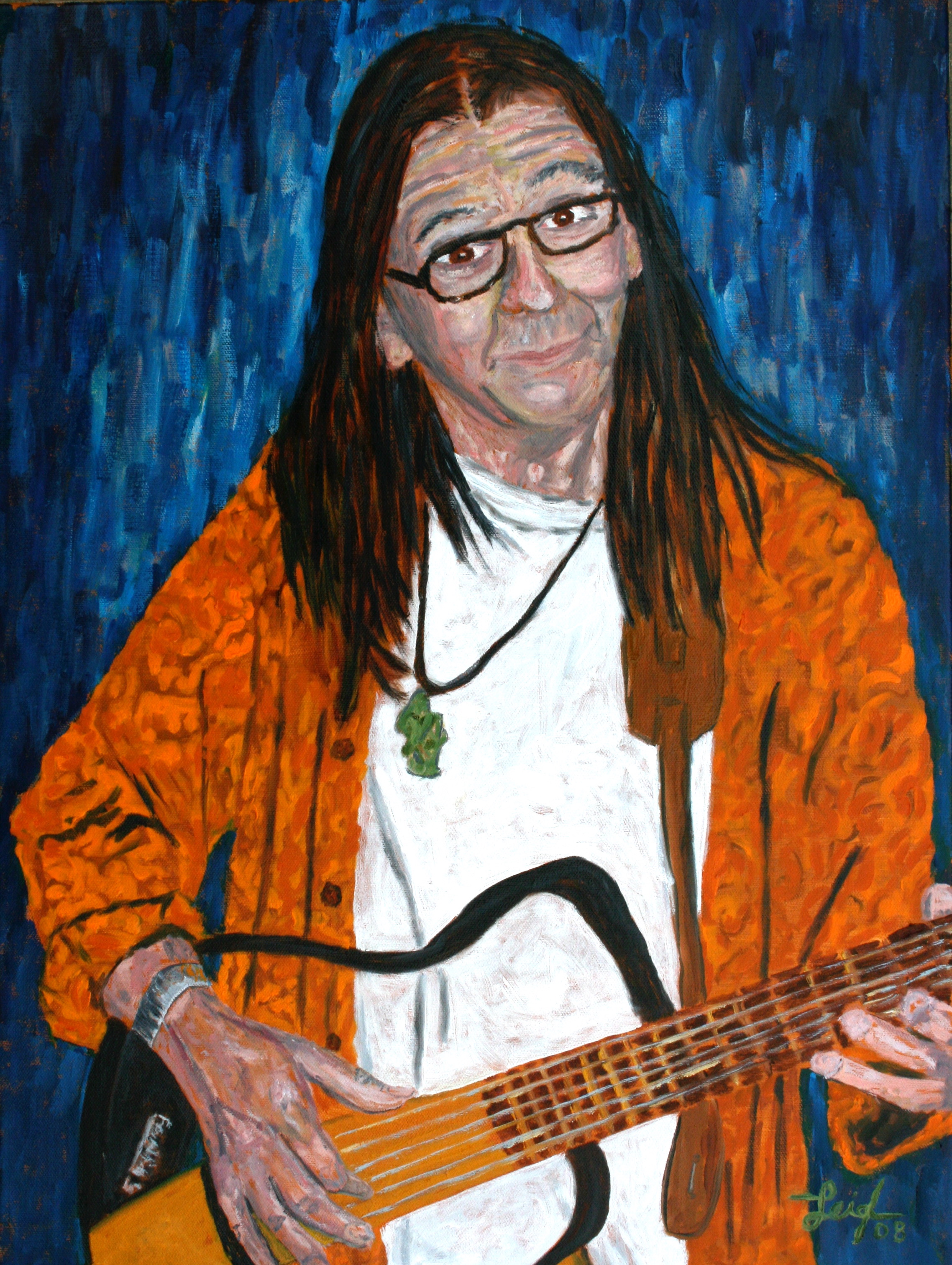 My son, Charlie, lived on the beach during college and asked me to paint a sunset that showed the scenery from his porch. He played on UCSB’s Ulimate Frisbee team, The Black Tide, which had a logo of an oil platform off the coast. He was 21 years old at the time, and the picture hung in his living room for a couple of years, where friends could look at it and say, “Hey, that’s the same view as out there!” 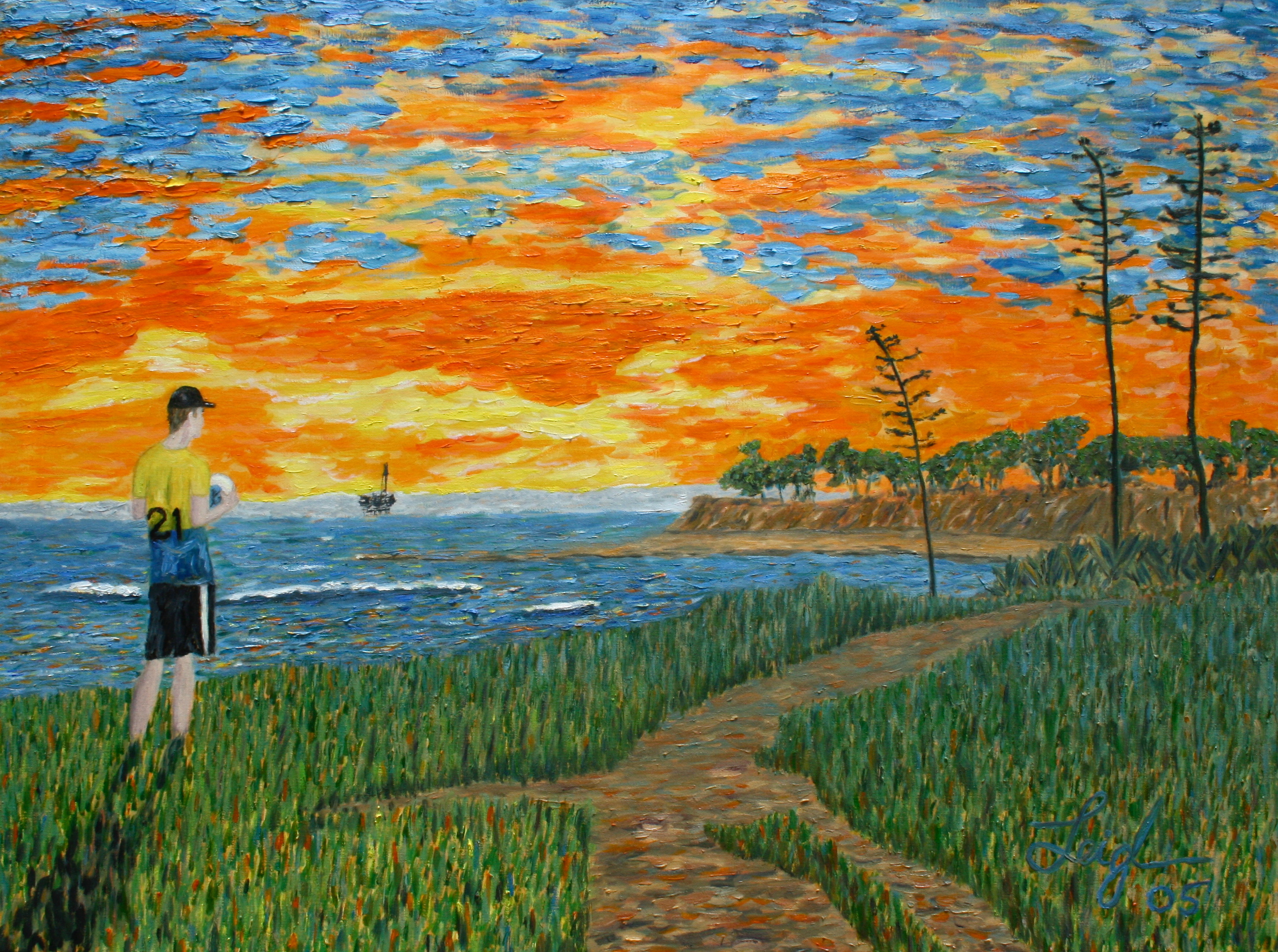 The horses and riders from the Bob Marshall Wilderness were our guides, and "Go Between Wins the Pacific Classic" was the winner of a million-dollar purse at Del Mar Racetrack, where Lindsey and I drank champagne in the winner's circle with the owner. The two portraits from "12 Days in Paris" are also included here, as are a few others. 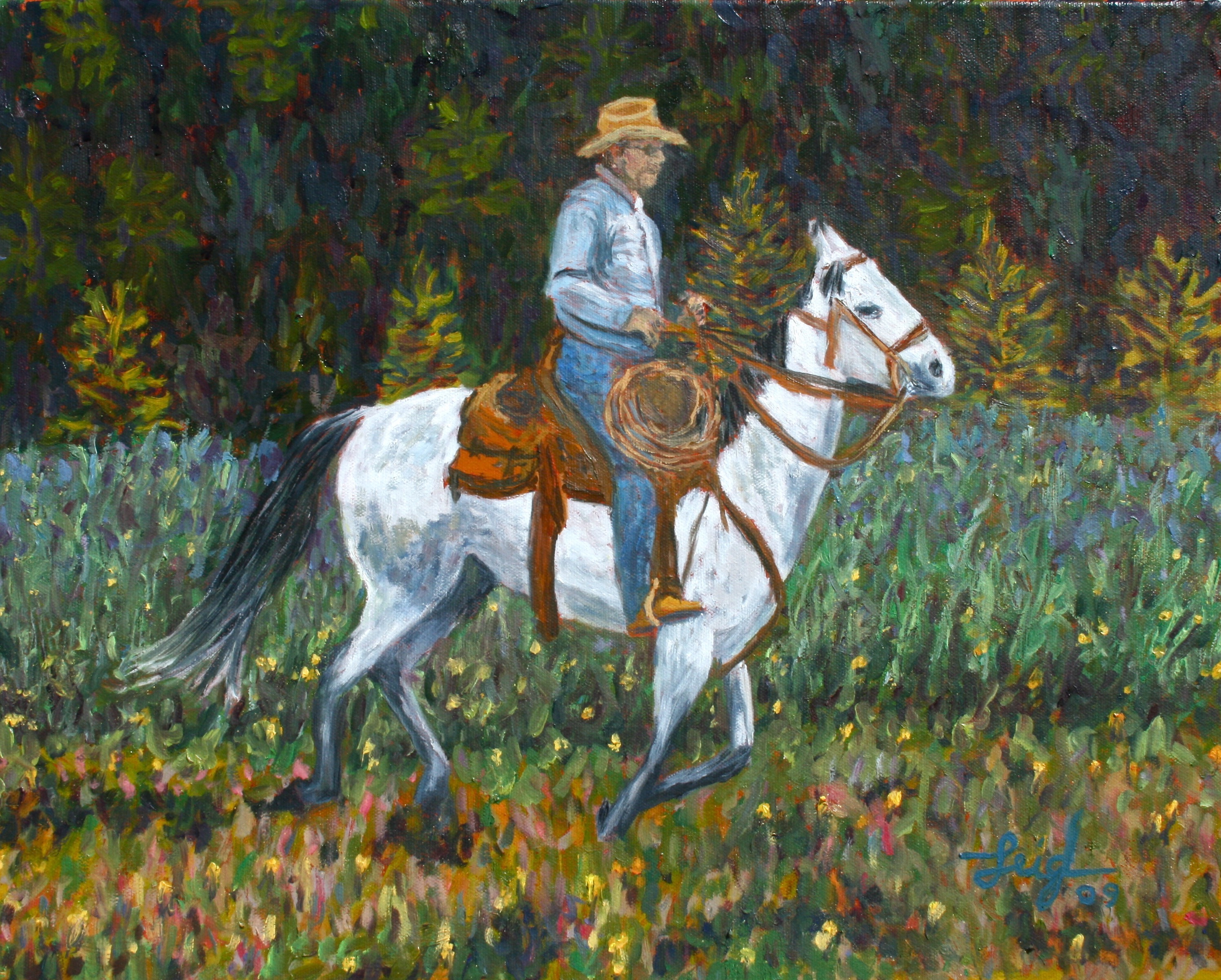 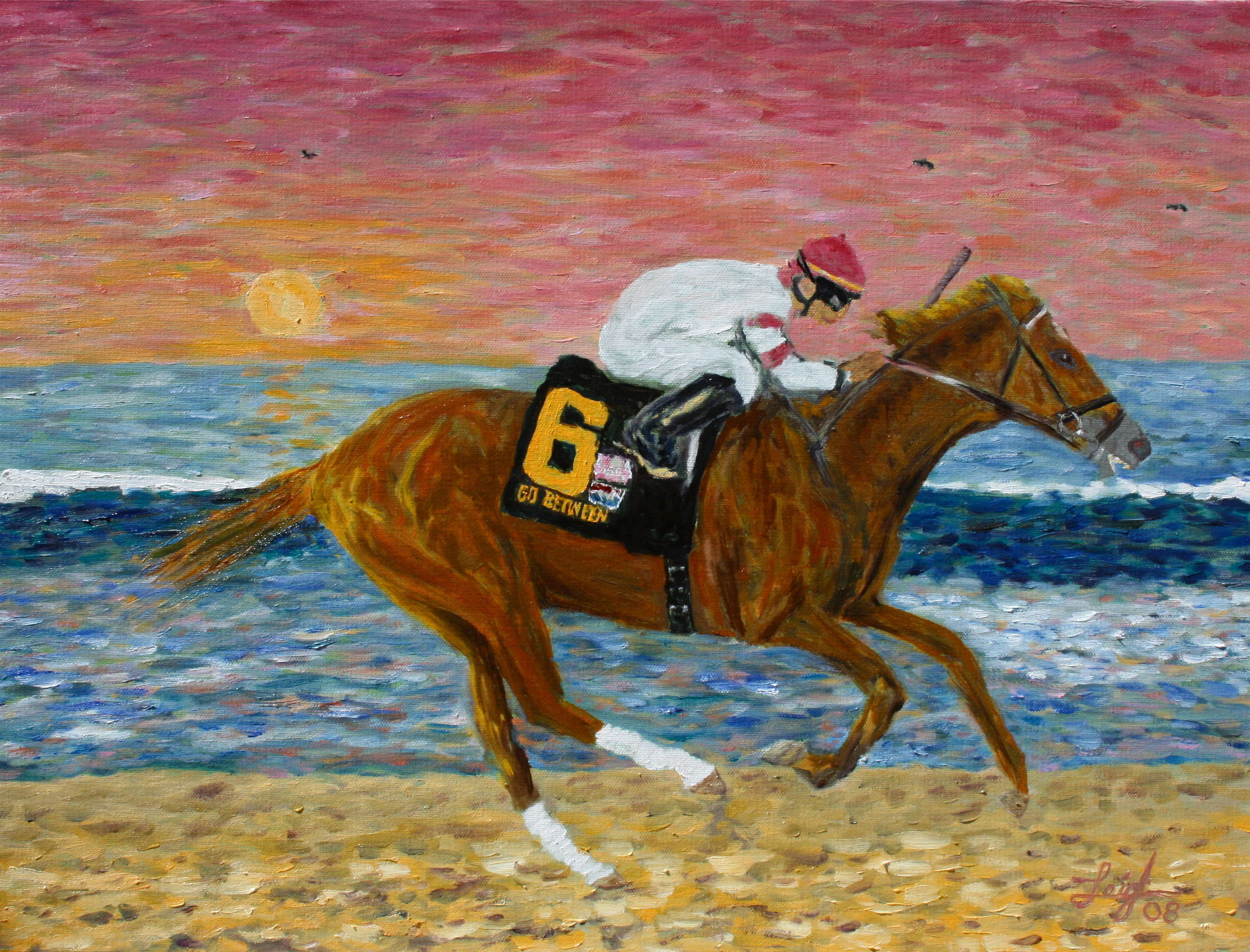 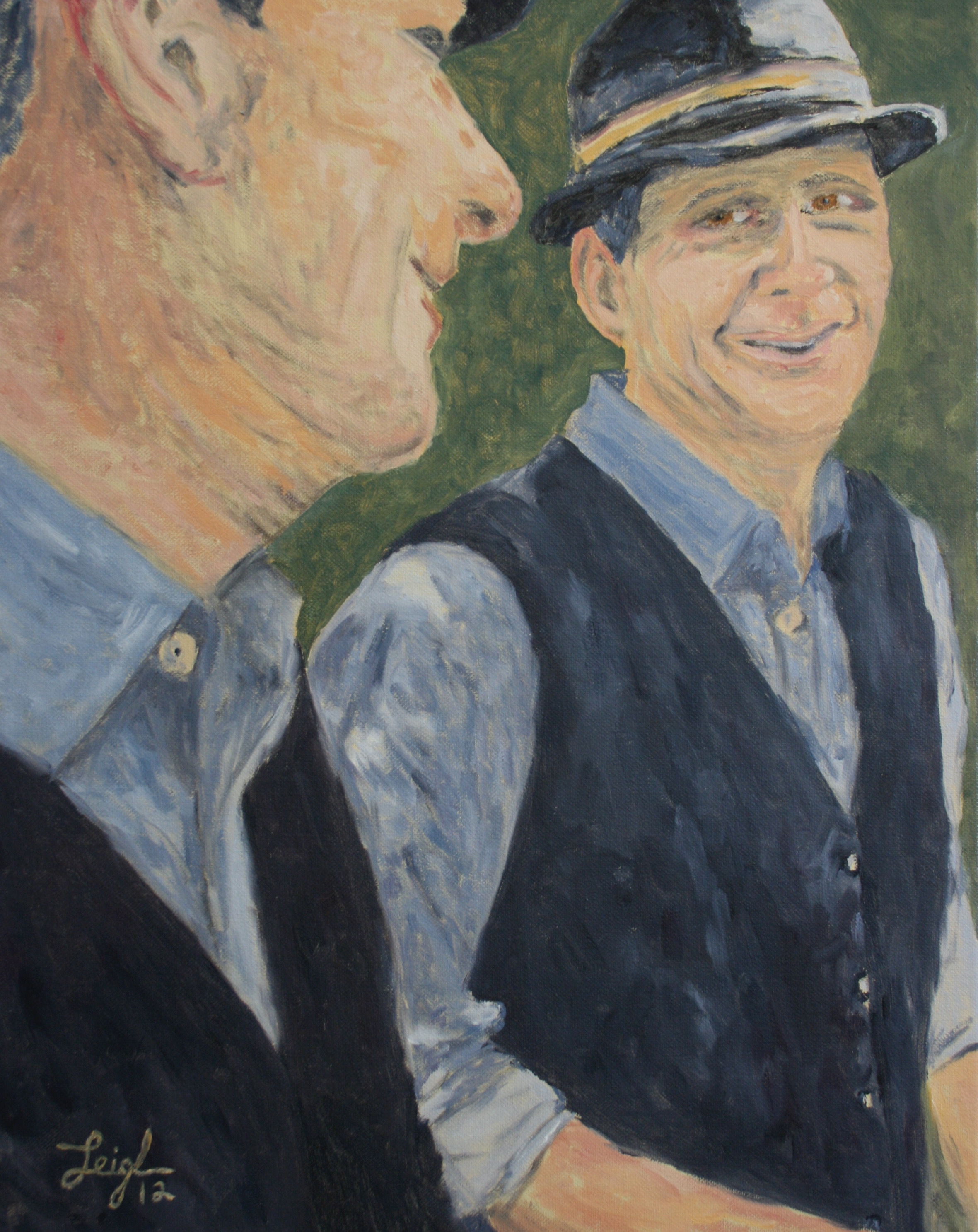 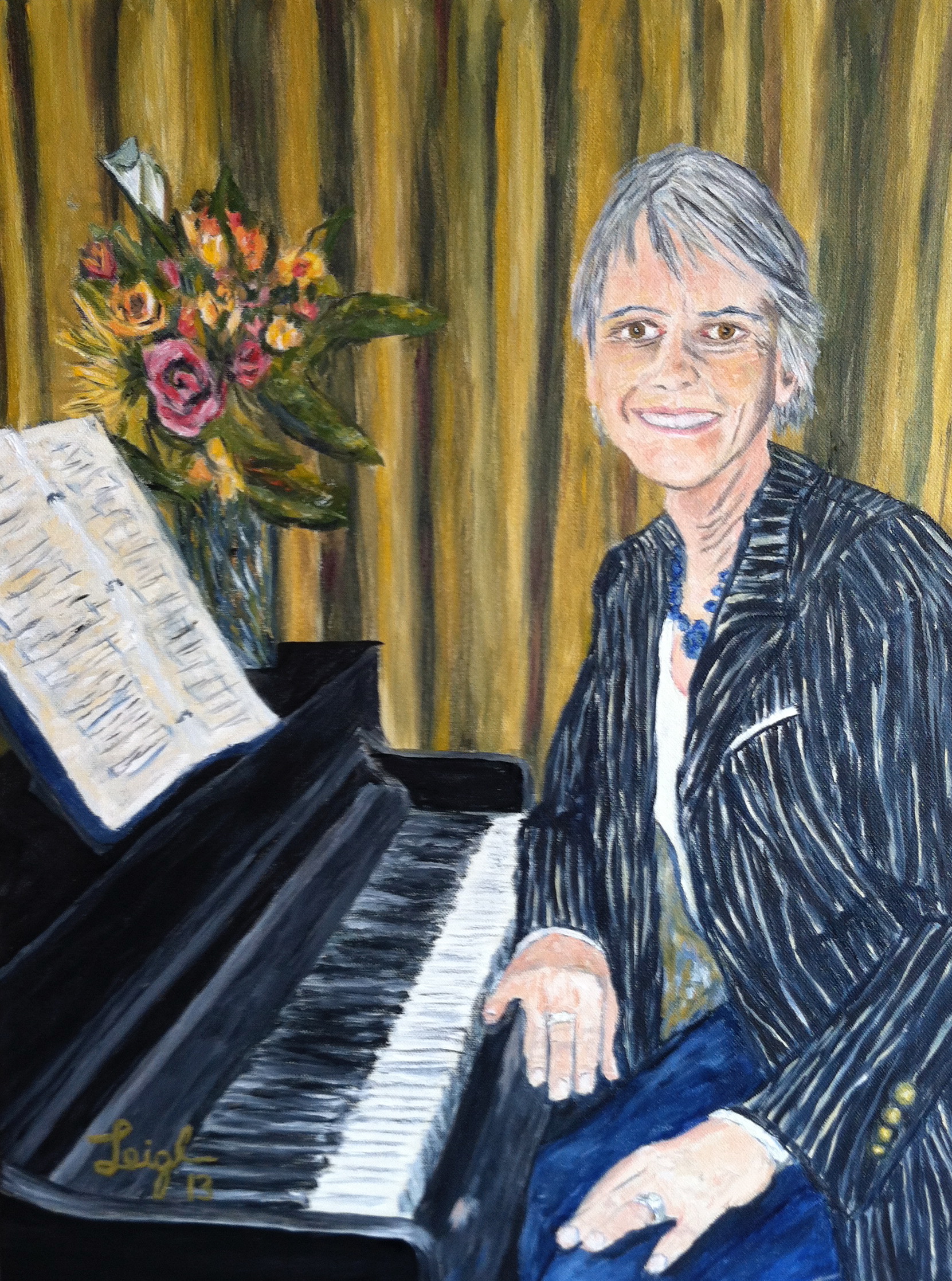 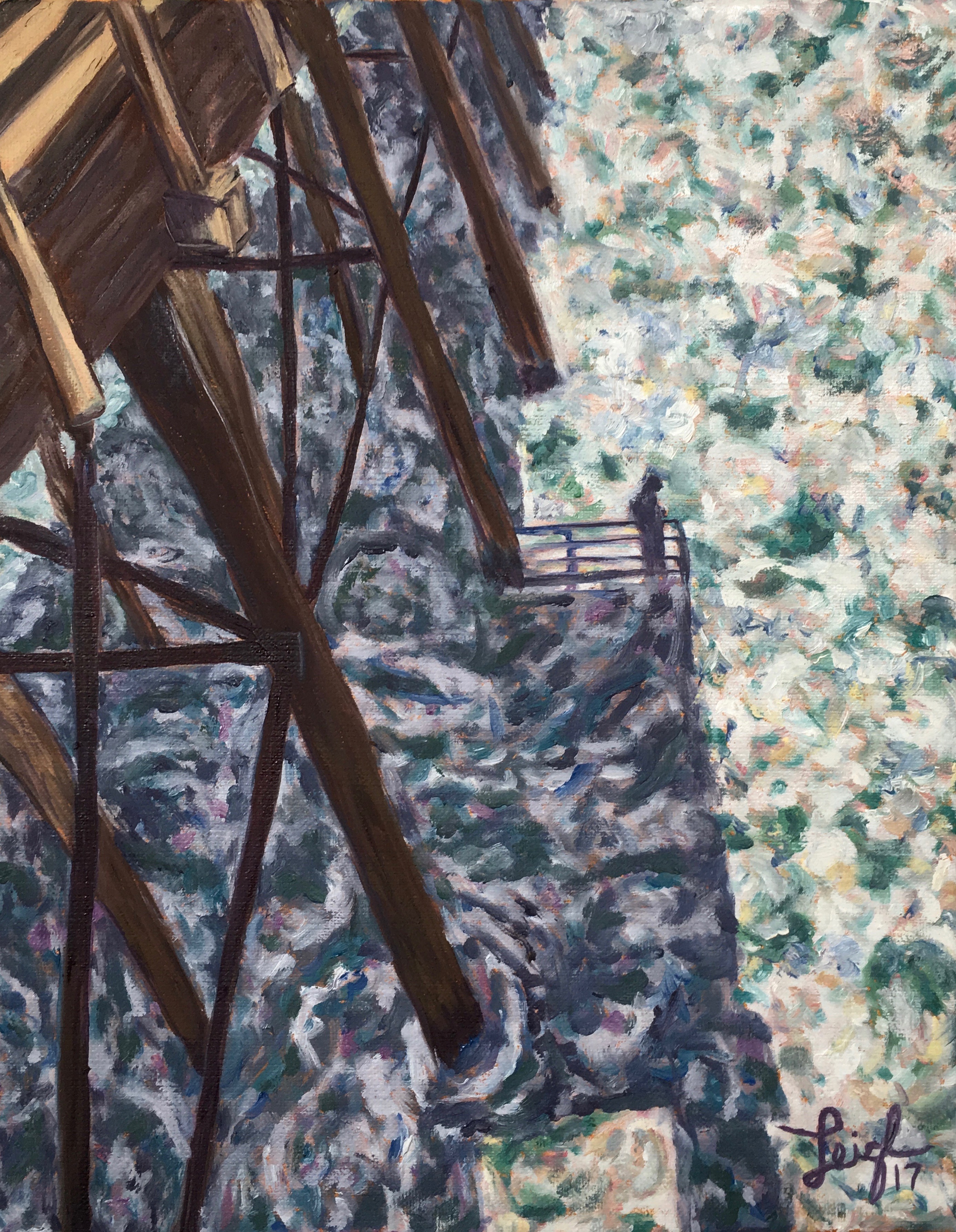 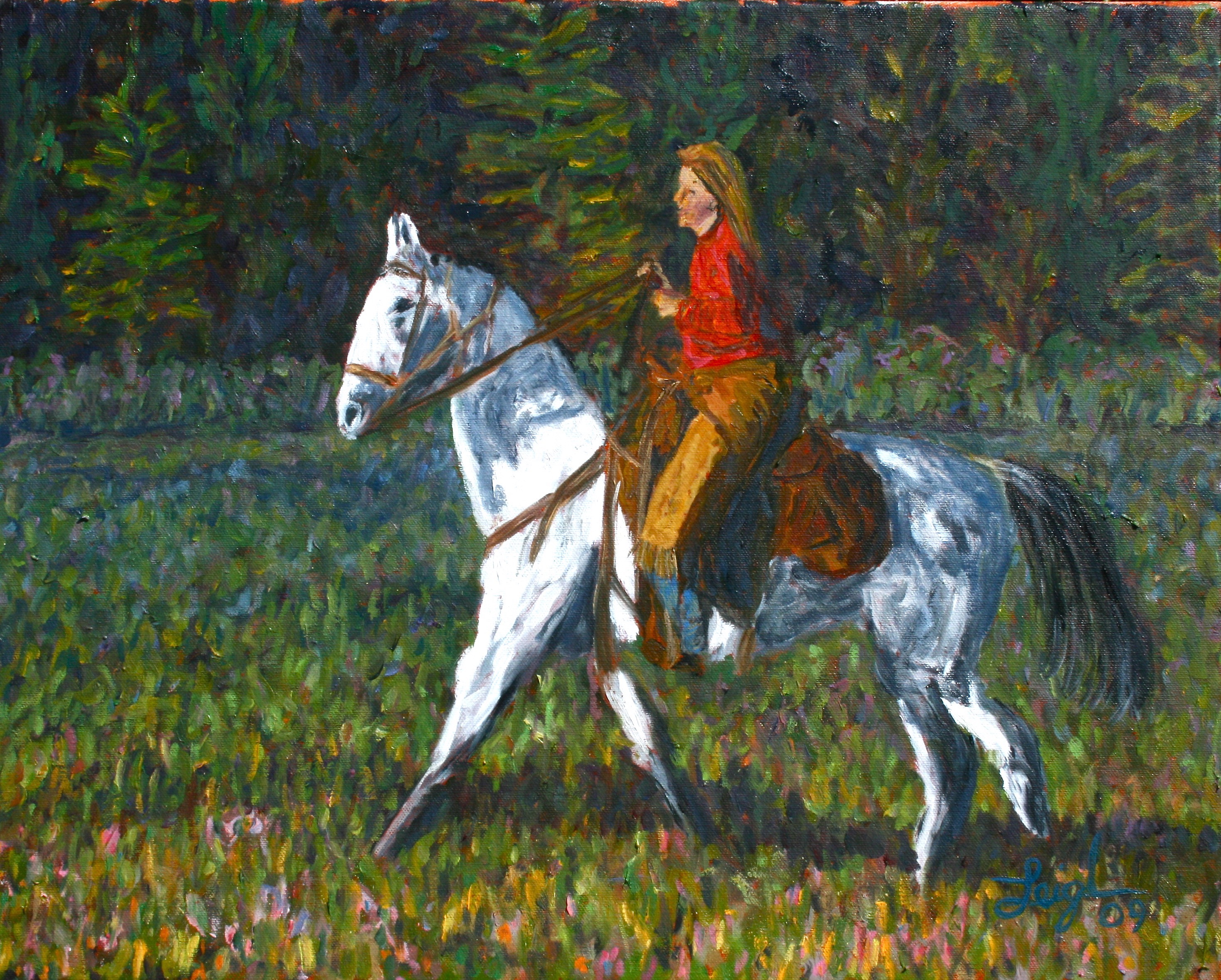 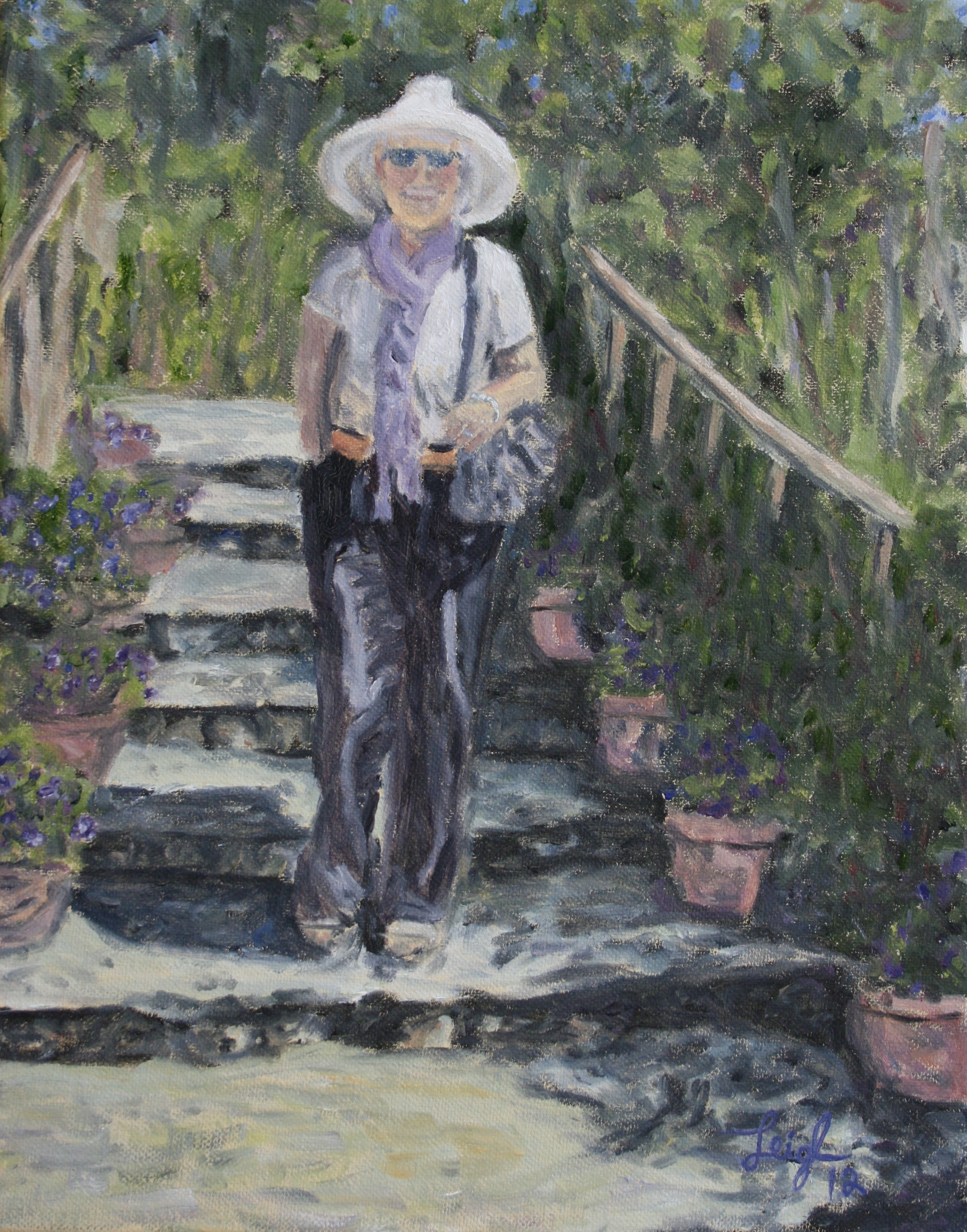 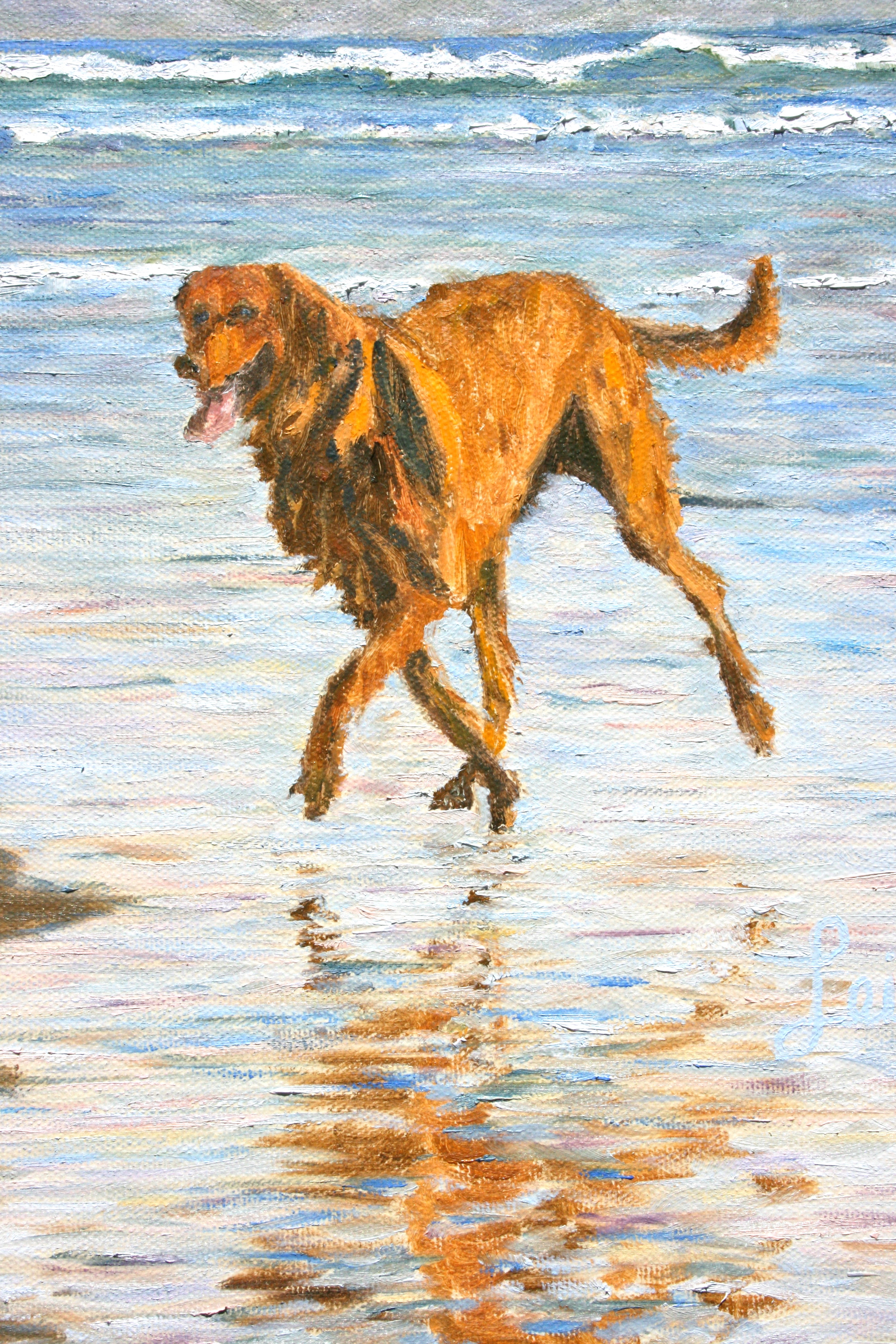 Cozy at the Beach (detail) 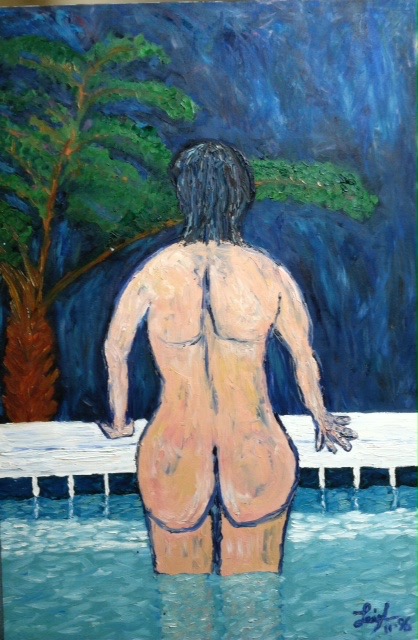 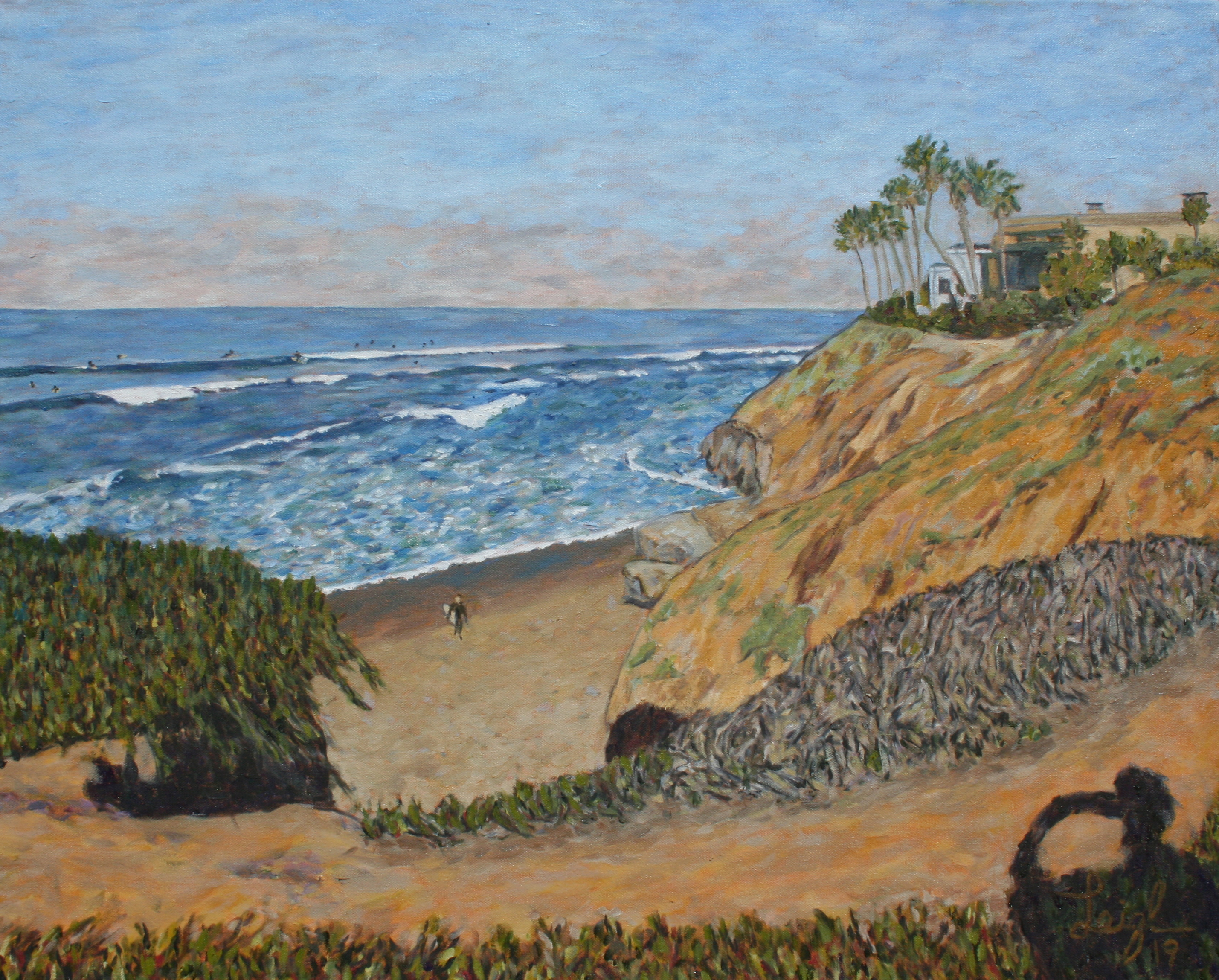 Surfs Up at Terramar #3 (Self-Portrait) 2019 • 30 x 24
Manage Cookie Consent
To provide the best experiences, we use technologies like cookies to store and/or access device information. Consenting to these technologies will allow us to process data such as browsing behavior or unique IDs on this site. Not consenting or withdrawing consent, may adversely affect certain features and functions.
Manage options Manage services Manage vendors Read more about these purposes
View preferences
{title} {title} {title}