My wife, Lindsey, and I have spent a lot of time in Montana visiting close friends. Other than our horseback riding adventure in The Bob Marshall Wilderness, we've mainly been in and around Bigfork and Flathead Lake, though we've also hiked in the nearby mountains. One couple lived on the banks of the Swan River, which I painted over and over. 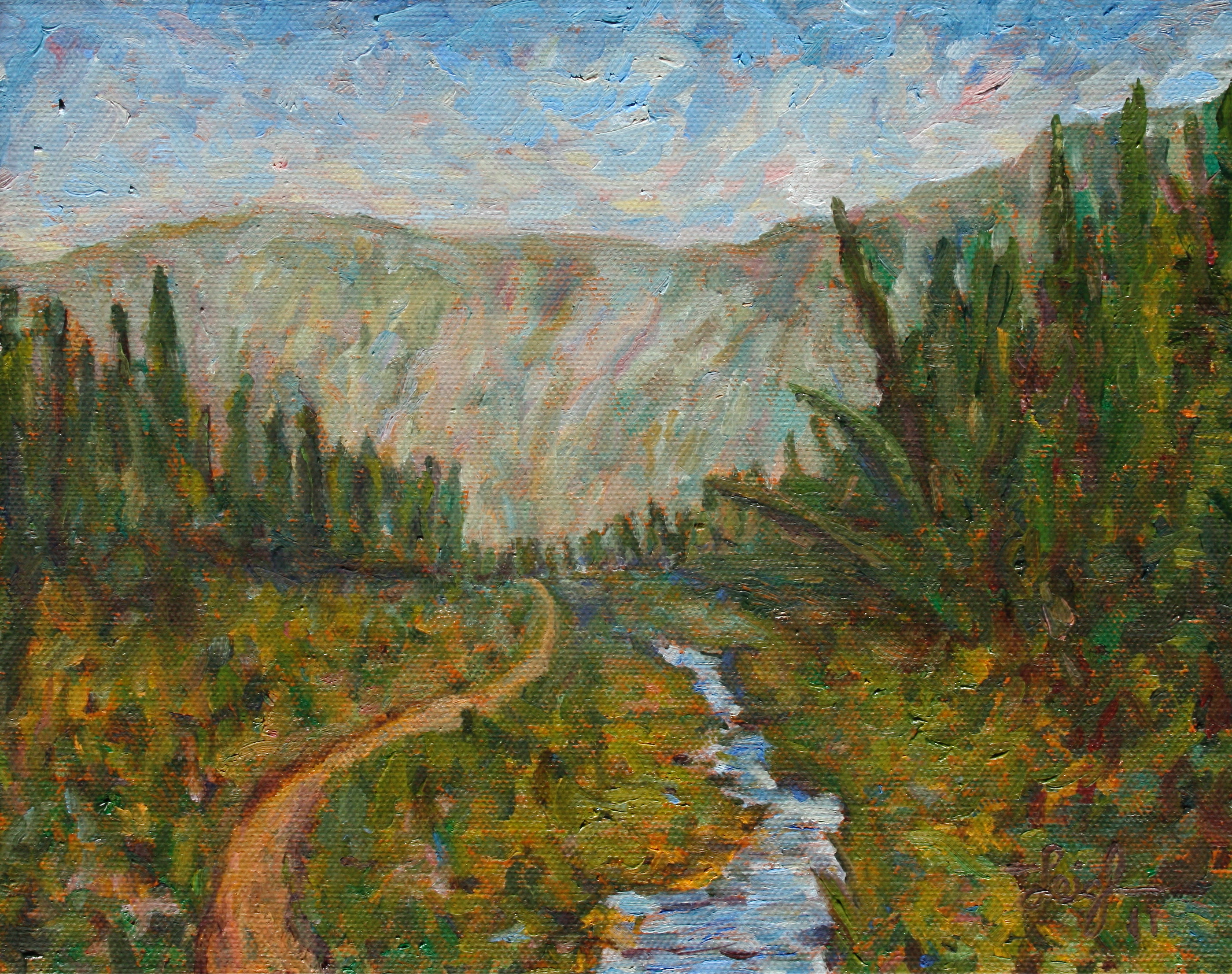 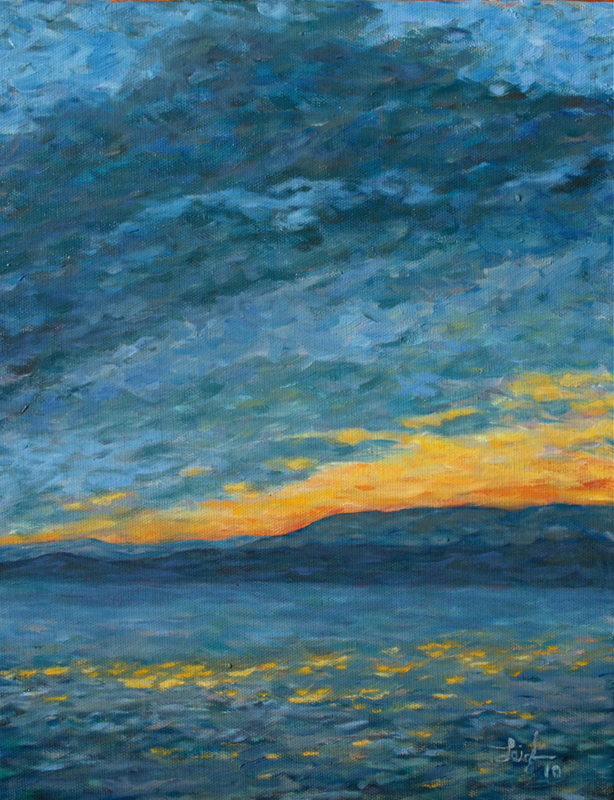 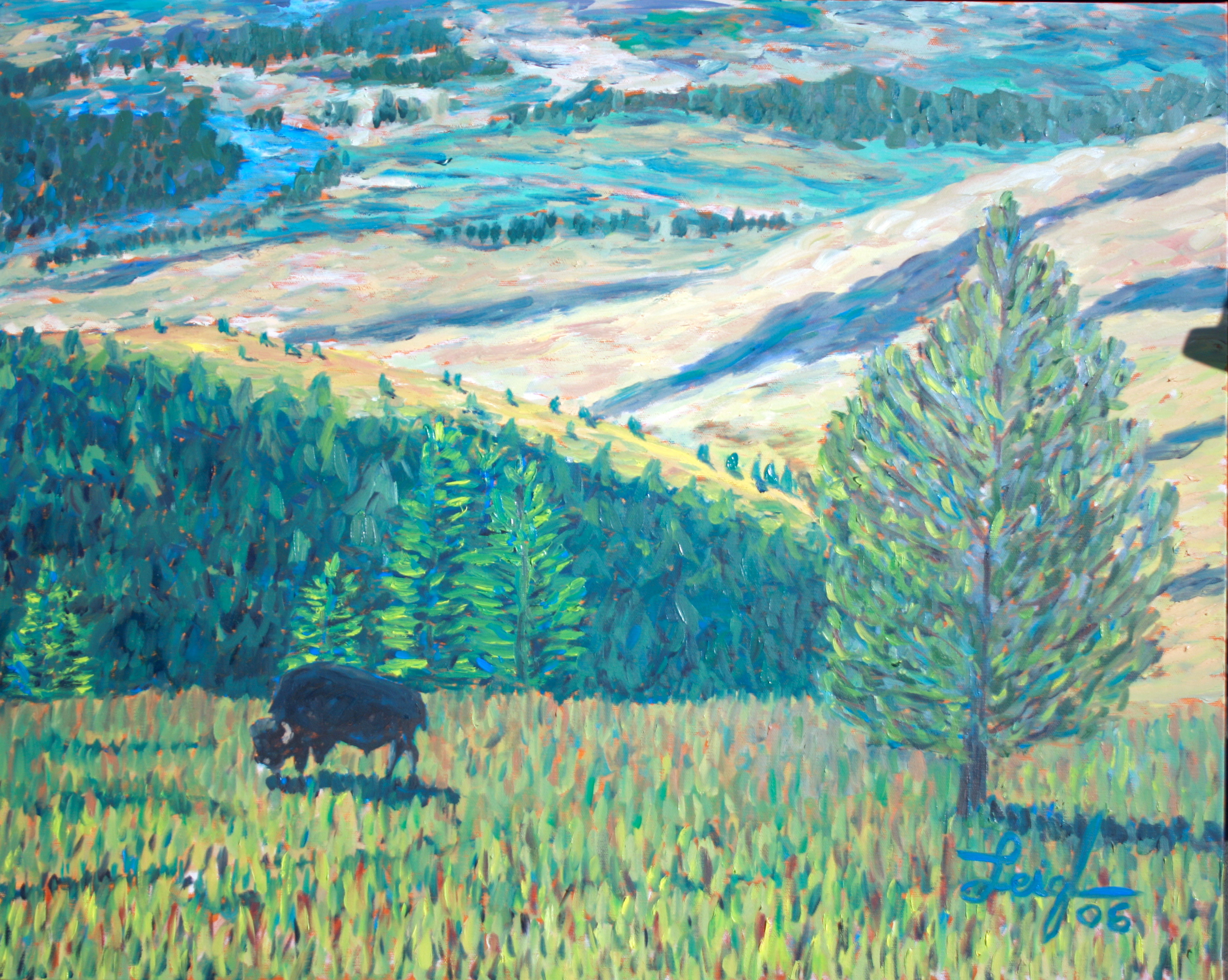 Swandersoa.   My wife, Lindsey, and I spent several Summers at the Swandersosa, our friends' home on the banks of the Swan River in Montana. It’s a beautiful and serene location, and from the moment I laid eyes on it, I knew I wanted to paint some of the views.

I’ve never done as many preparatory sketches for a painting as I did for the “Swan River” painting, including more than a dozen watercolors, which aren't at this website other than being in the video (below), which begins with photographs and watercolors, and the second half shows the stages of creating the oil painting, with rare close-ups of brush strokes that capture the essence of my style. My friends were gracious with their compliments for this piece, which they hung in their bedroom. However, they still had an empty, adjacent wall; so, I painted another of their views, the “Heart Tree on Swan River” for that space. 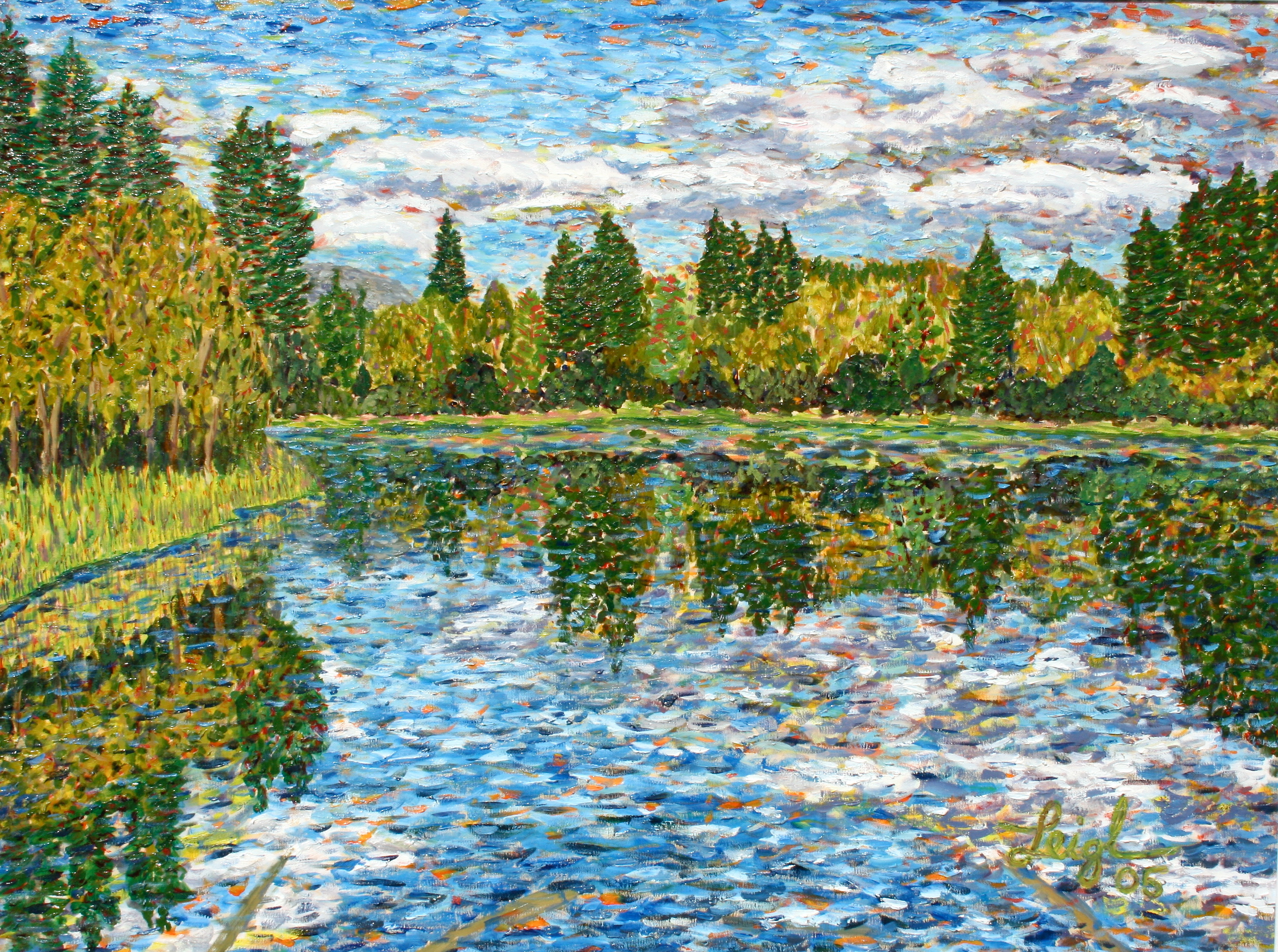 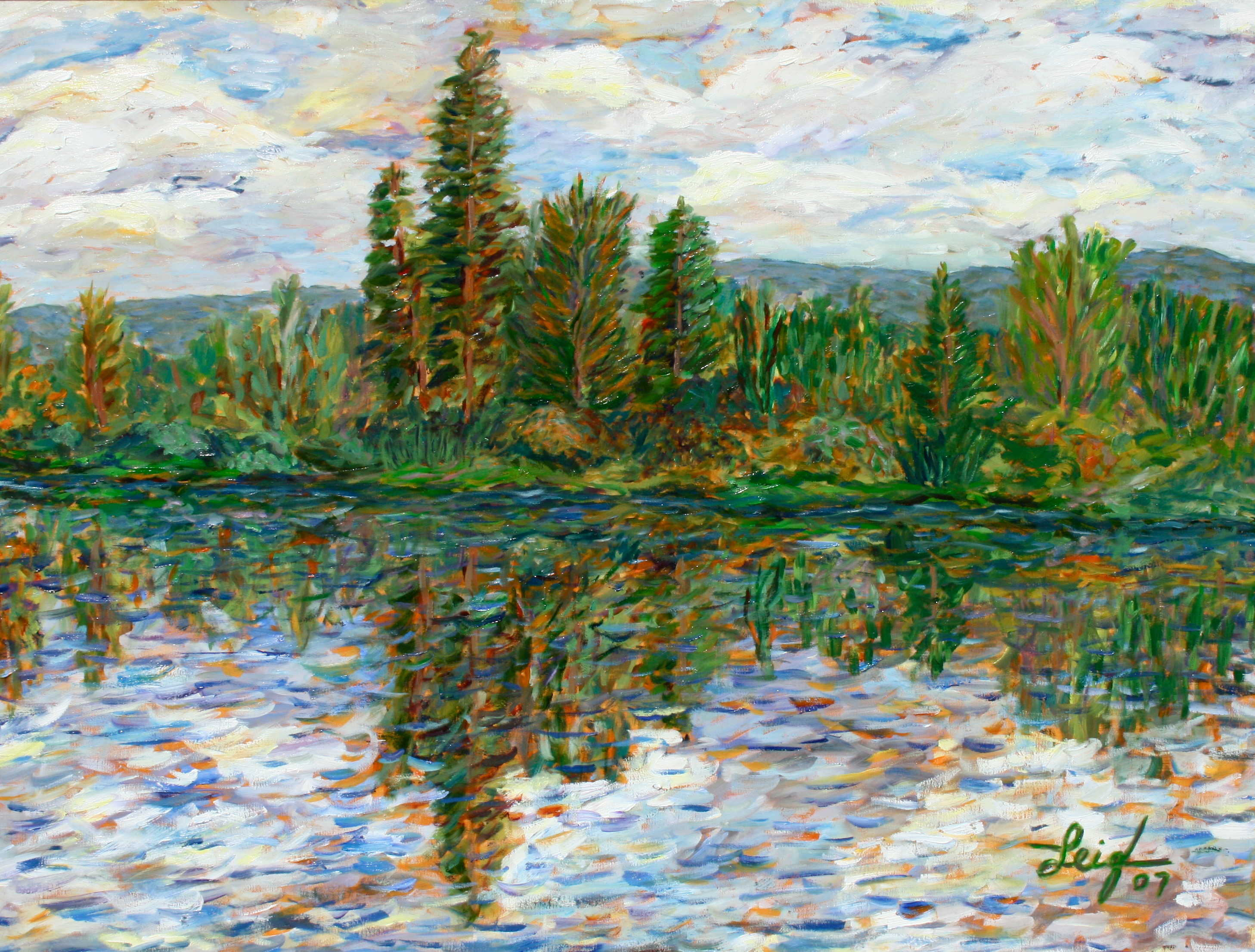 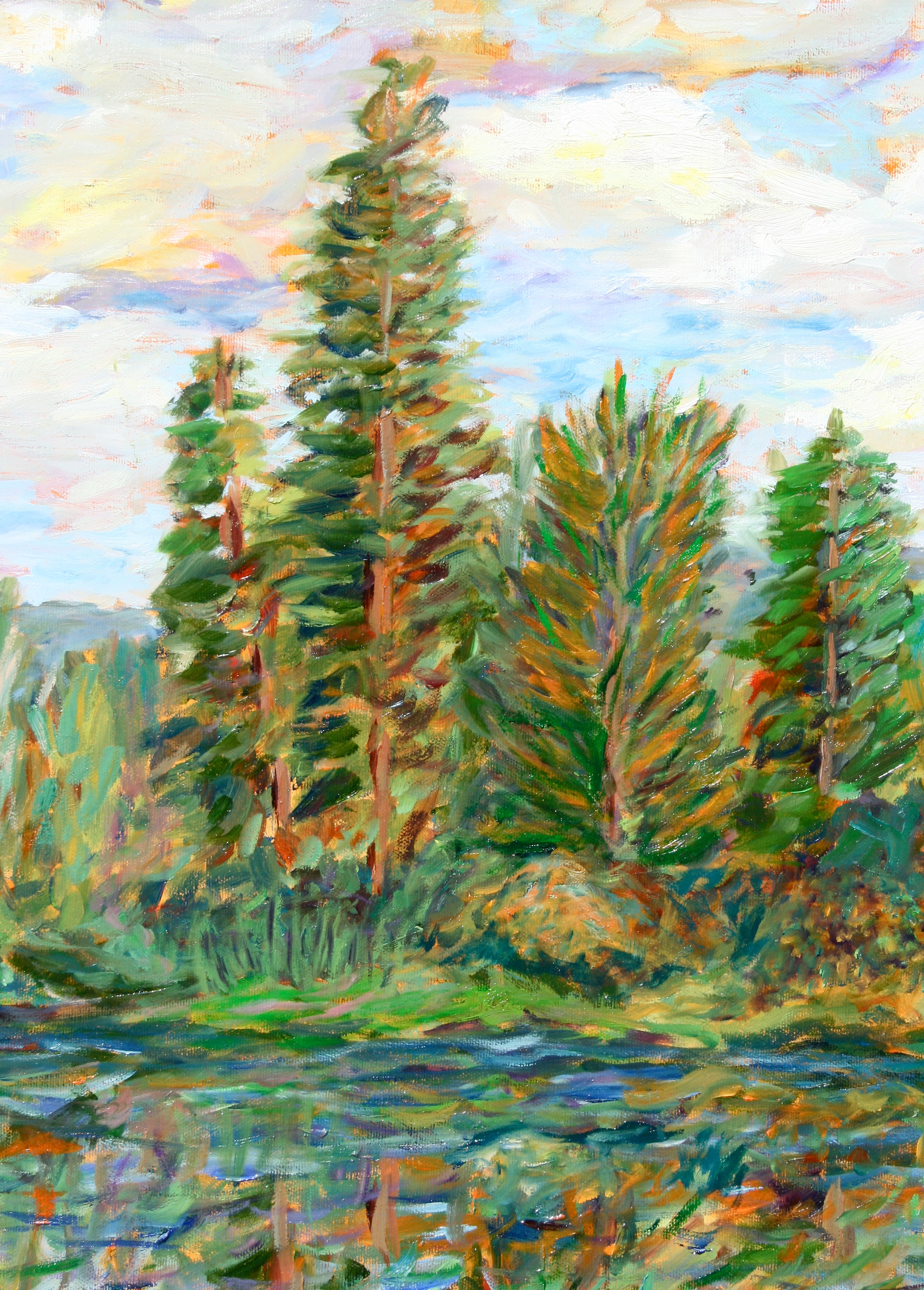 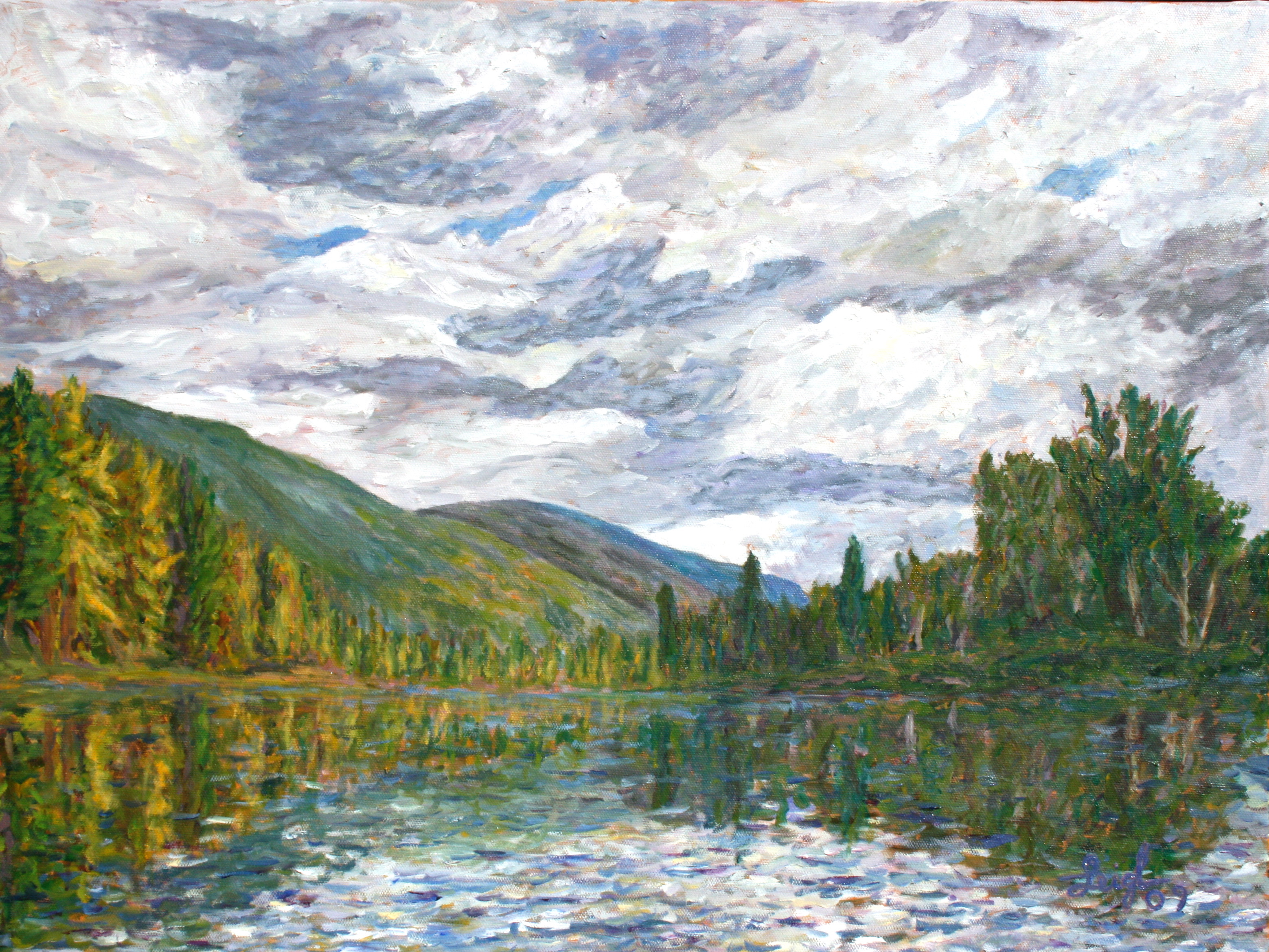 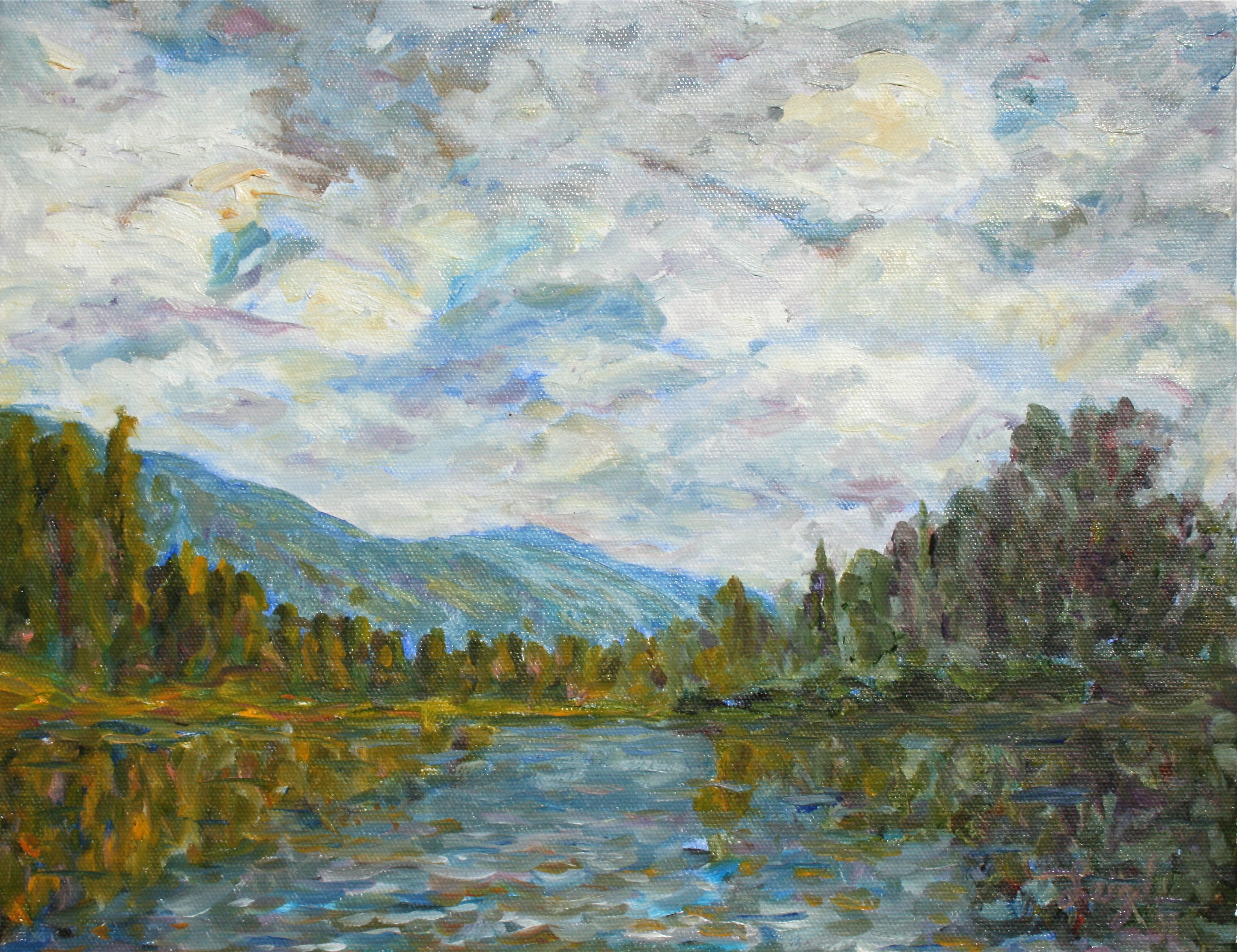 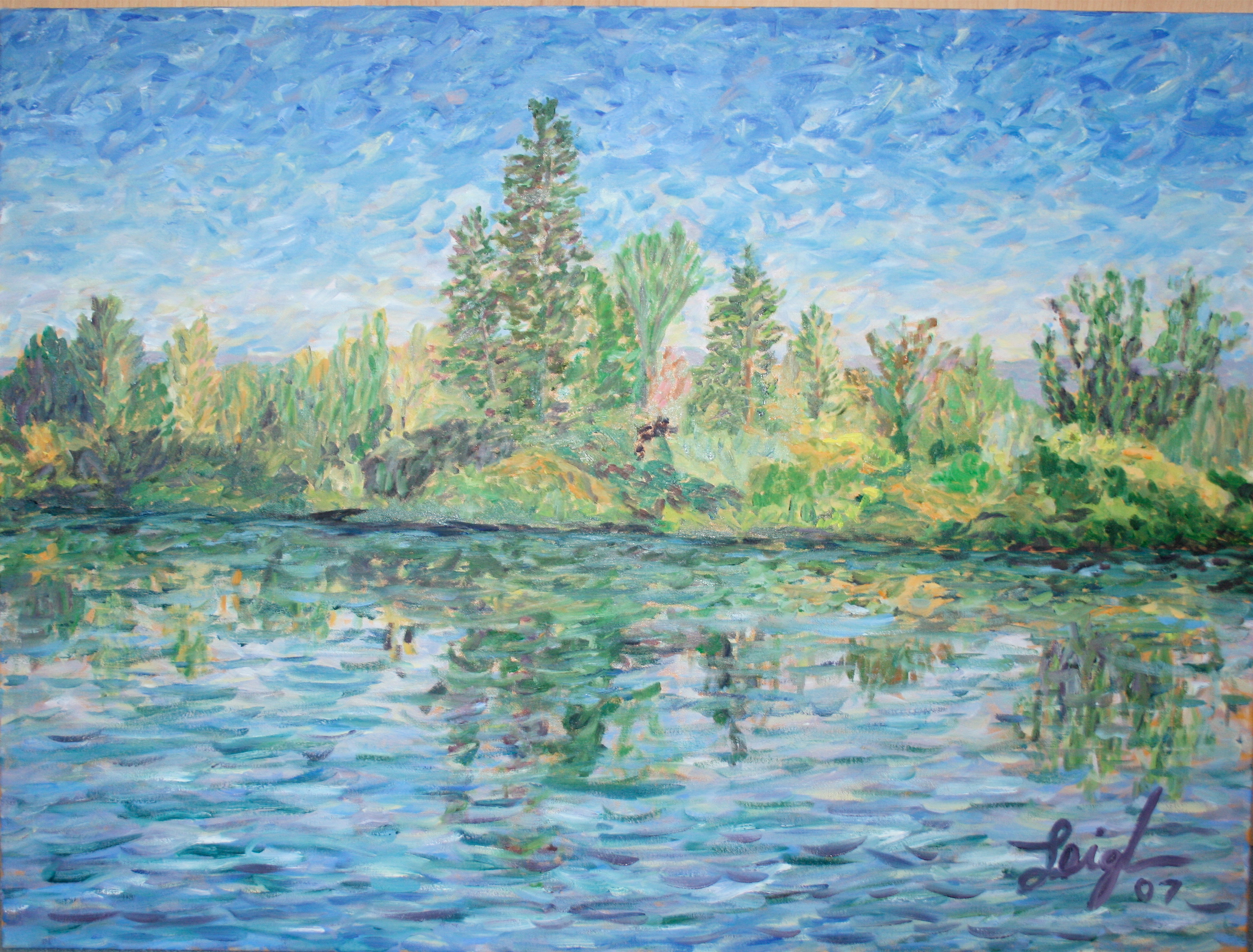 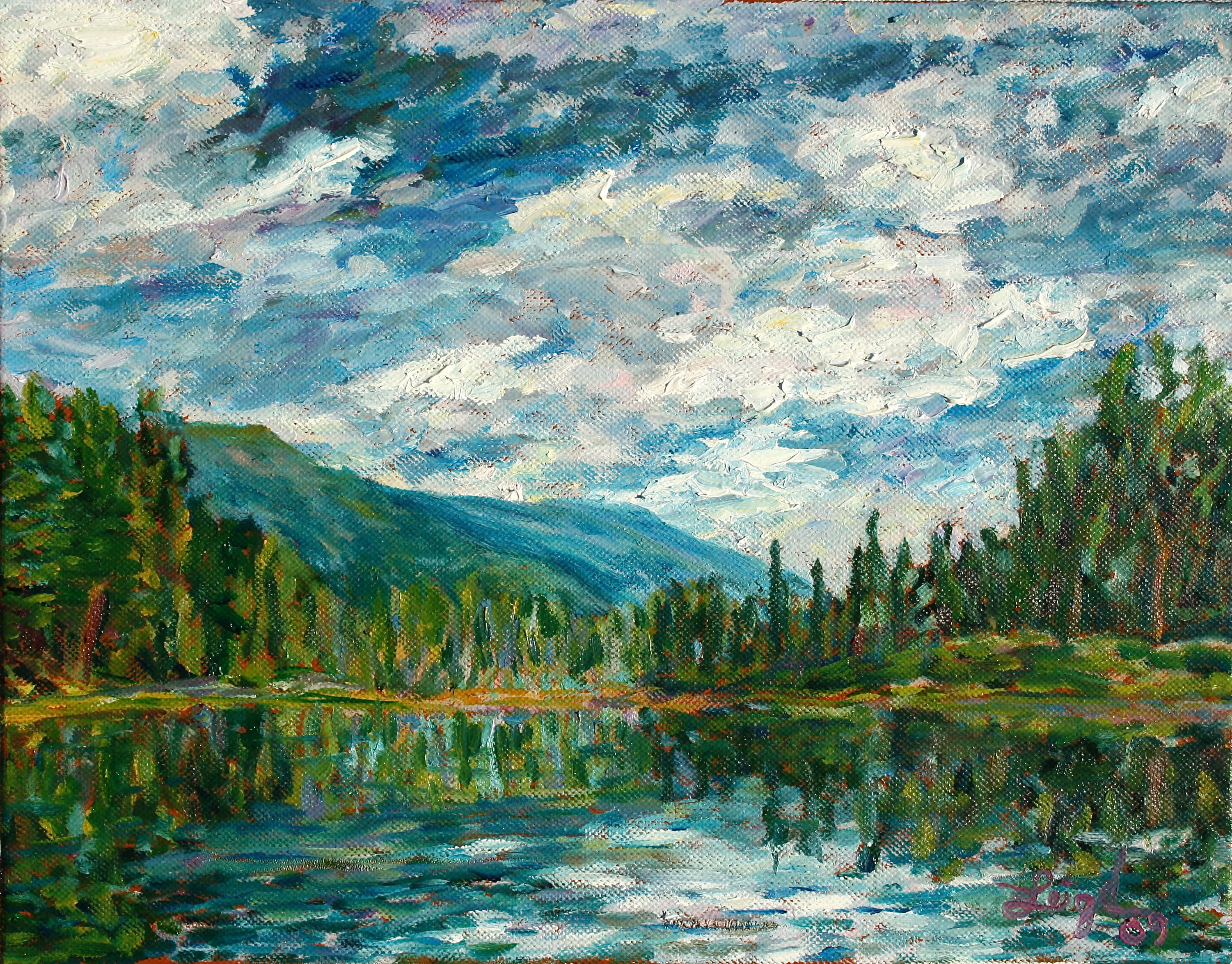 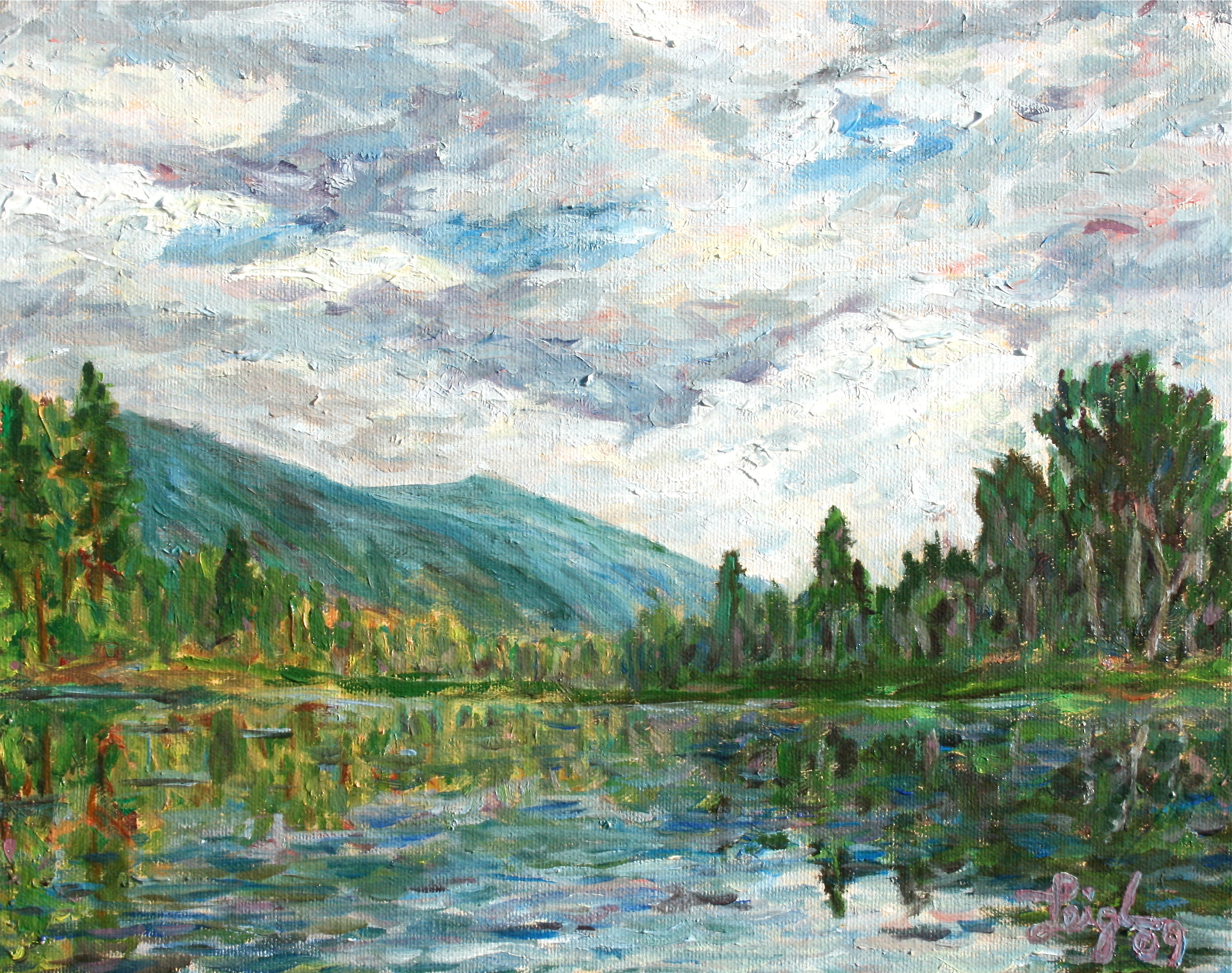 The Many Glacier Lodge in Glacier National Park is picturesque, and these were painted after spending time there with close friends. The three canvases were sold at a silent auction to raise funds for The Nurturing Center in Kalispell, MT at the Swandersosa Music Fest in August, 2006. 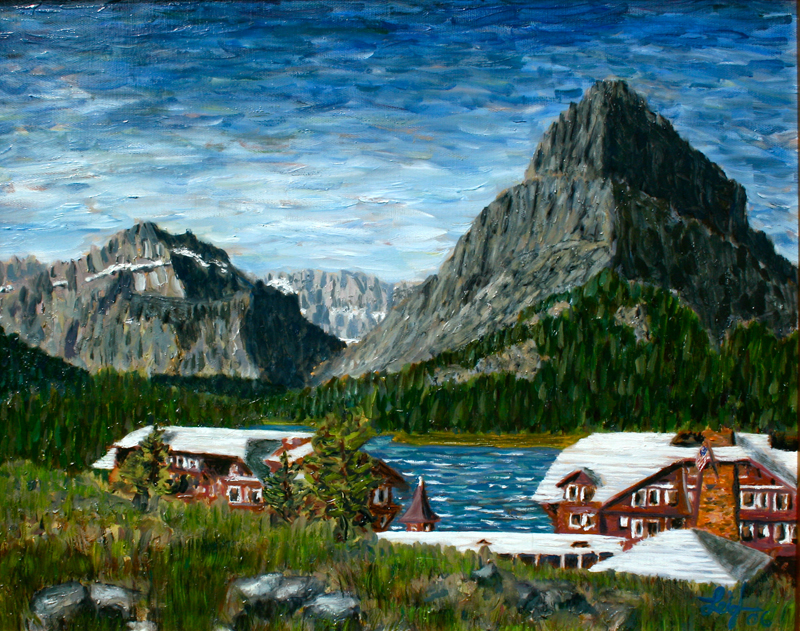 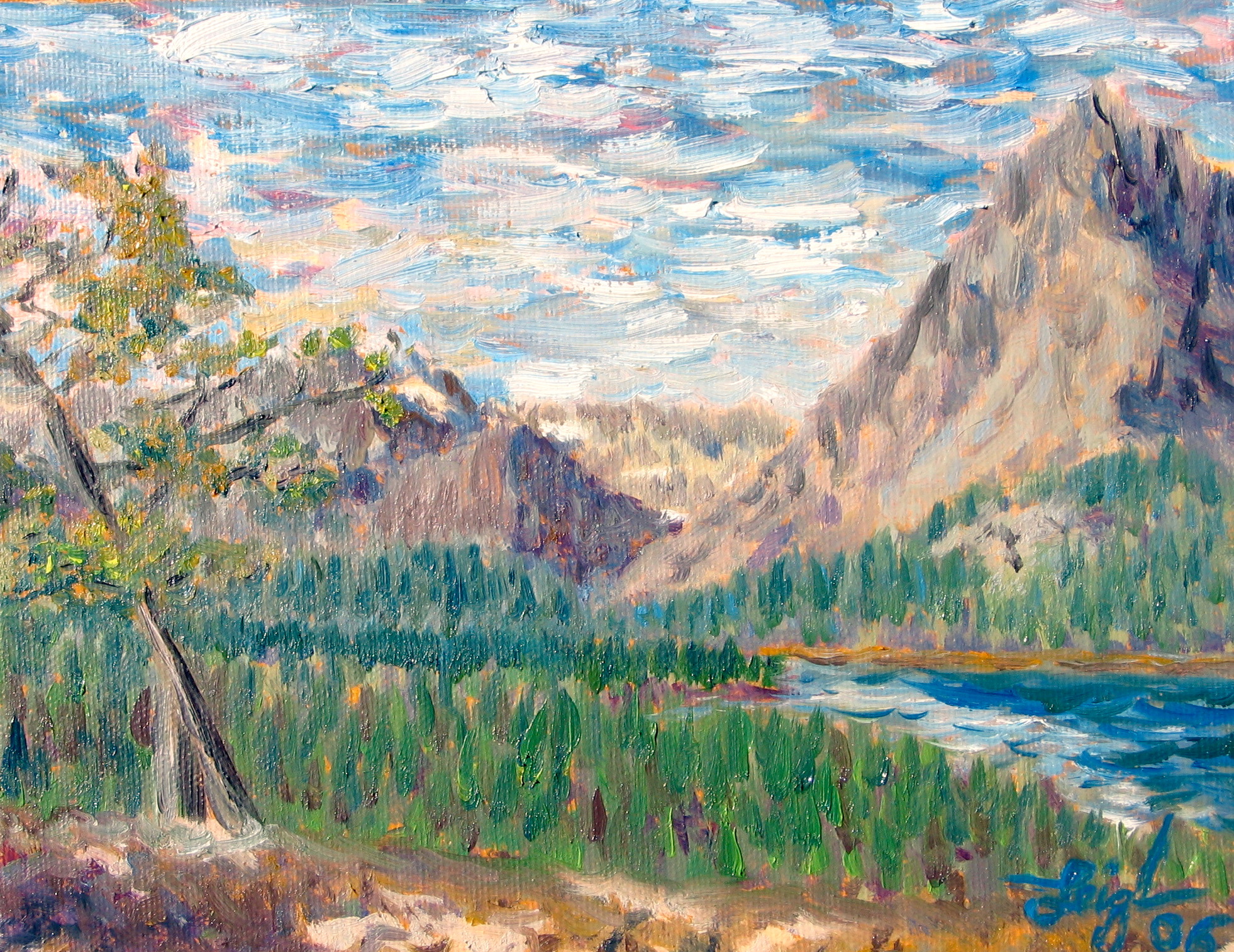 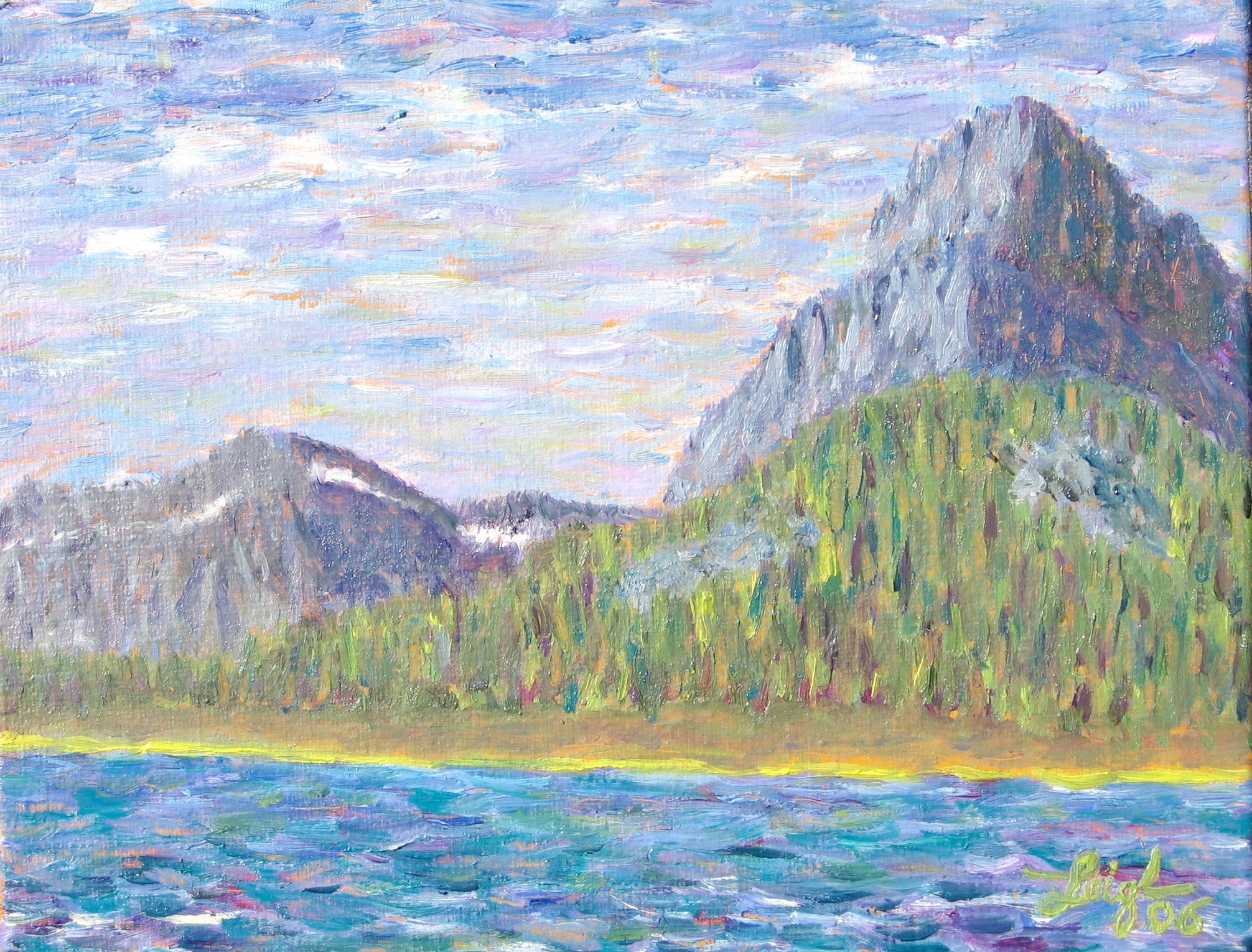