Today, I threw a dozen of my old paintings in the trash—some I’d had in storage for over 40 years. I took a stack of canvases from the attic, photographed them, and included some on the “Early Works” page of my redesigned website. They clearly show my bumbling around trying to teach myself how to paint. I have a few favorites and held on to those, but otherwise I’m going to give a few away and discarded the rest—the ones that were just too mediocre (or worse).

I neither felt strong nostalgia nor an emptiness as I sliced canvases from stretcher bars and respectfully rolled them up and set them into the garbage can for tomorrow’s pickup. One was a thickly painted lagoon picture I gave to my mom on Mother’s Day in 1997, a few months before she succumbed to cancer.  There were good reasons to keep it: I really like the distant houses and birds in the foreground,  it reminds me of how this part of Carlsbad used to be, and I fondly think of Mom when I look at it. But, there’s no one else I’d give it to now. Also, the technique is clumsy (I tried to have extra-thick globs of paint). So, it’s on the curb and will exist for untold years to come in a landfill, before gradually, eventually disintegrating. 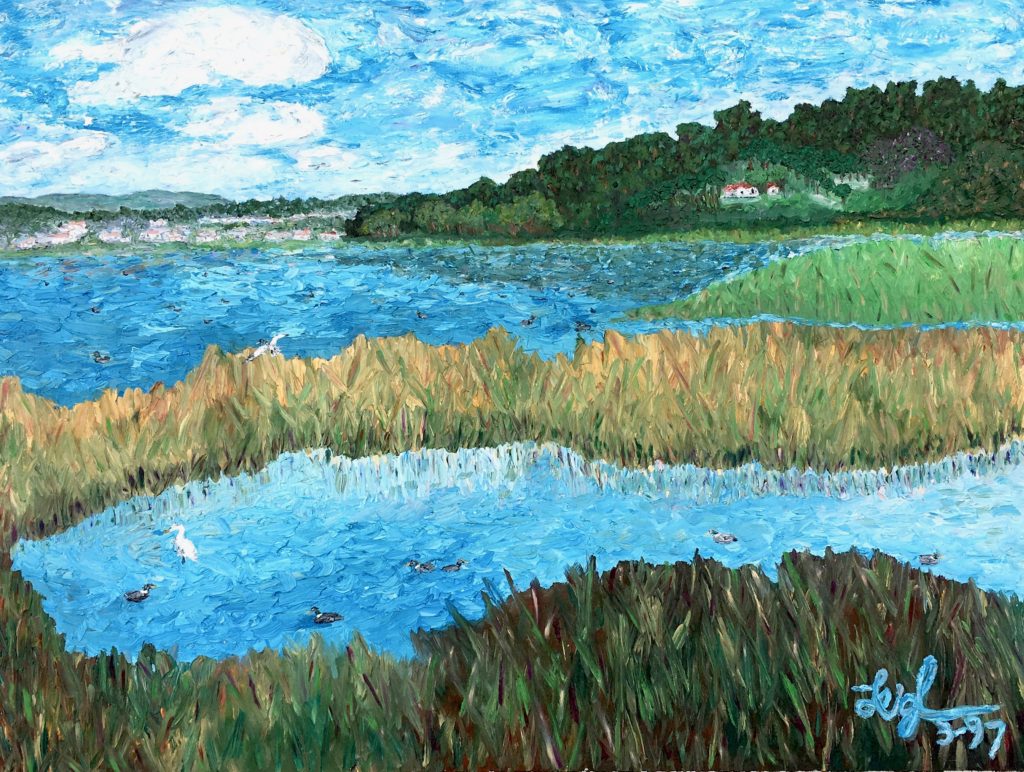 Another that made its way to the trash can was a portrait of Lindsey from 35 years ago. Parts of this painting I always felt were quite nice (the background, umbrella, small ginkgo tree, and sweater), but I struggled with her mouth and ruined the eyes when I couldn’t stop working on them. For all of these years, I knew it was in the attic and alway intended to go back and fix the eyes and mouth. When I finally pulled it out and looked at it, I realized that I wouldn’t be able to repaint it as I’d thought. So, …. 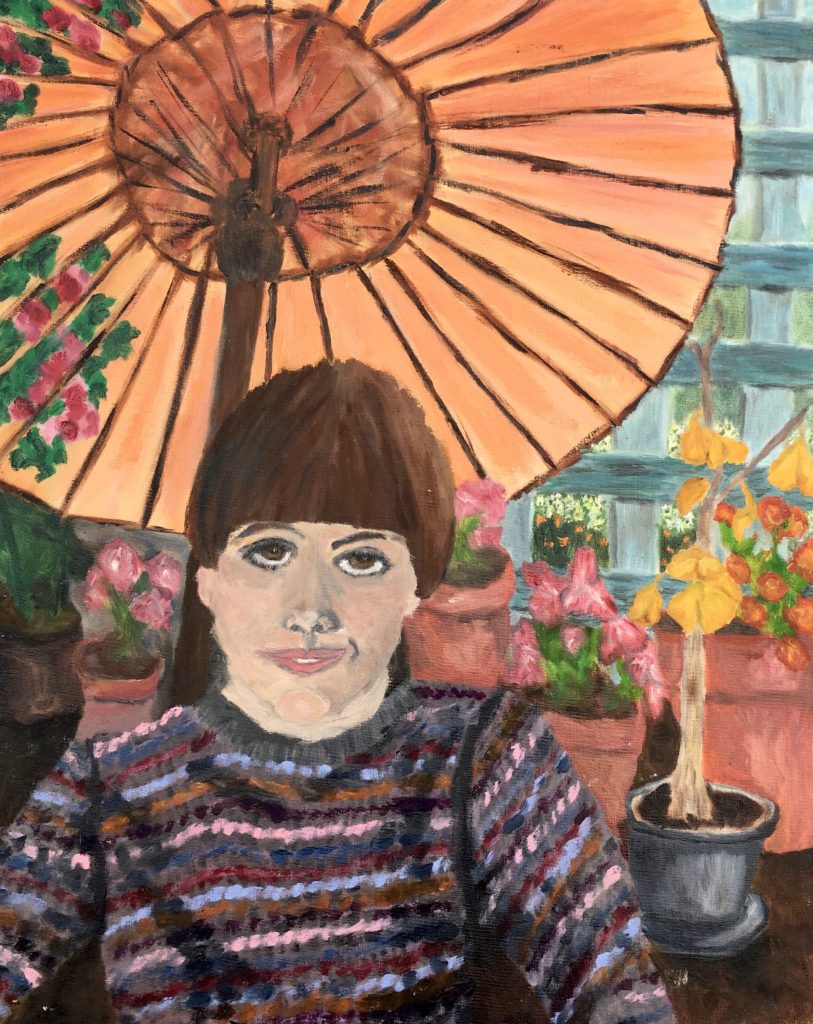 Most of the others I threw away were studies, too overworked, poorly painted, etc. I’m glad they helped me to develop as an artist, to acquire skills and direction. But, they don’t belong on walls. I was on the fence about other early works, and some of those will be made available in the future. If anyone wants them, fine—otherwise, they’re good to go.

I’m thrilled that so many of my pictures are on the walls of homes and offices. A few of those may get passed along to younger generations who will fondly remember them from their grandparents’ living room or parents’ den. Others have already made their way to landfill. I assume that a water lilies that I gave to a  particular friend who has died was not passed along to anyone. Another collector’s apartment was declared uninhabitable due to mold, and all of its contents were hauled off, including three paintings. 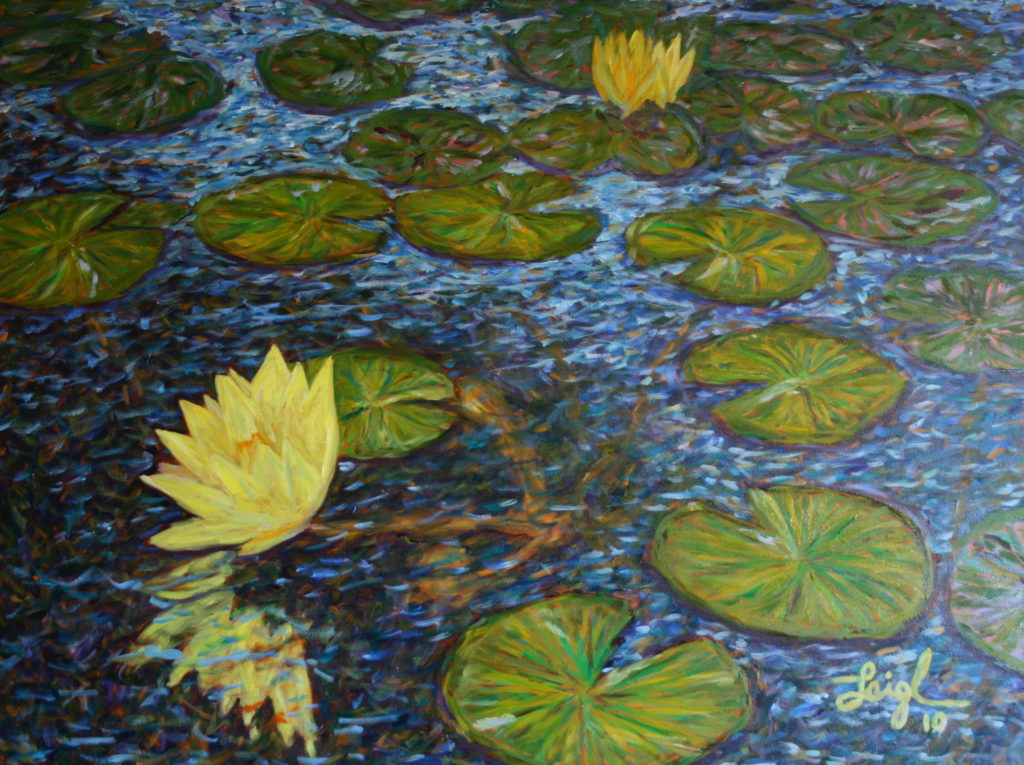 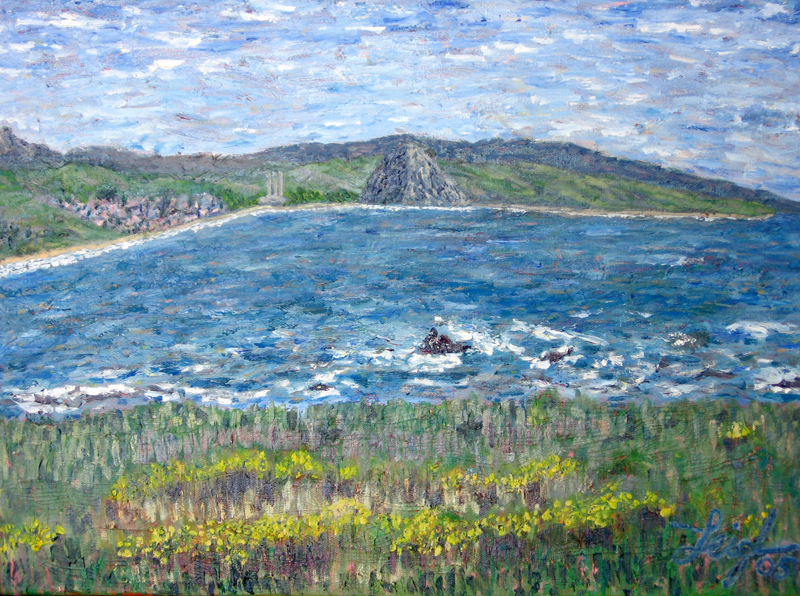 Claude Monet famously destroyed hundreds of inadequate works—they’d probably be worth about $20 billion dollars in today’s market! During the Franco-Prussian War, Camille Pissarro’s home was occupied and used as a slaughterhouse—he lost 1,500 paintings, which were cut up for aprons or to wrap meat.

So, for me to throw out the trash is irrelevant. Having given away more than 230 paintings (so far) suggests that some will survive me, which I think is pretty cool. I also like that they have a permanent home at LeighPaintings.com. Each canvas is an act of living while I’m painting it. Whether they all find walls or not doesn’t really matter, I’ve already gotten out of them more than what I could have hoped for.