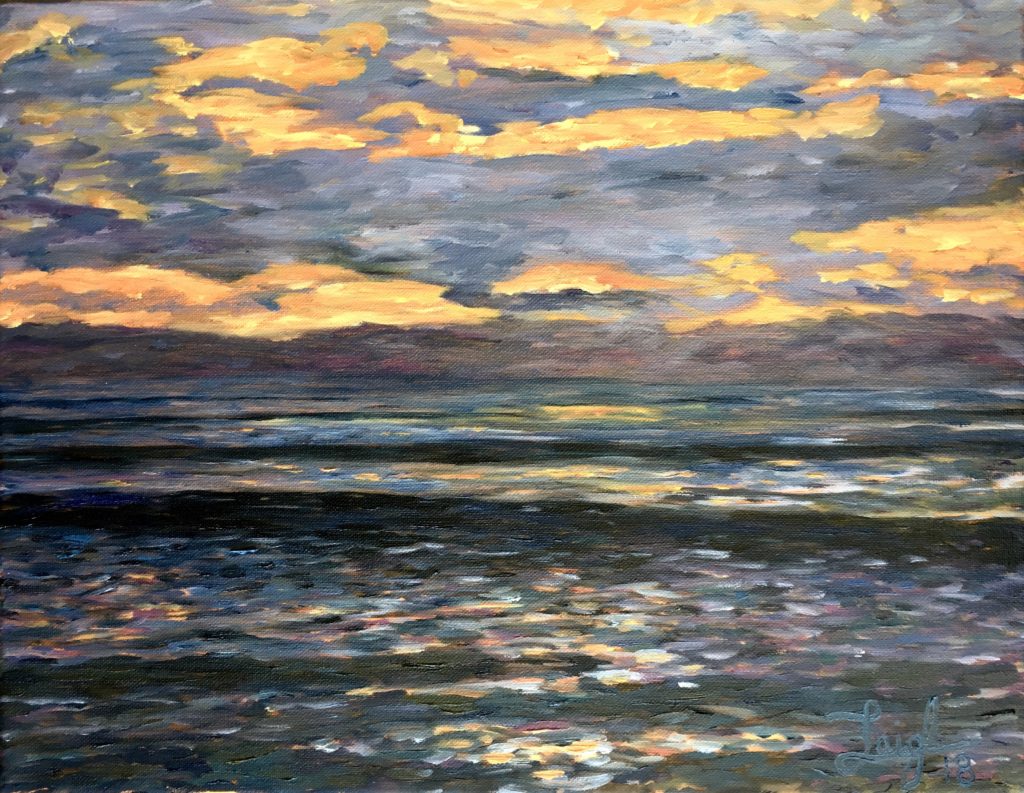 Lindsey and I recently got some sad and disappointing news about a relative. After moping around for a day, we each processed the sorrow in our own creative ways. I heard her downstairs at the piano playing the blues, while I chose an old Morro Bay sunset photo I had in my “maybe” album. Coincidentally, the previous night we had the fiercest lightning and thunder storm we could remember. A turn off the lights and open the shades kind of spectacle.

When compared to other Sunsets in my collection, “Stormy Sunset” is noticeably darker, and though it is filled with various colors (even the blackness of the waves is comprised of Indigo and French Ultramarine Blue combined with greens), a predominant tint is purple, enriched with a blood red, Alizarin Crimson. In other words, anything but cheerful. Even the cloudy pictures amongst the other sunsets don’t exhibit the grief of this one.

I like turning to the canvas to deal with my emotions. Usually, I’m pretty happy, and that is definitely conveyed in the following two examples, “Sunset 2015 #8” and “Pelicans at Sunset.” 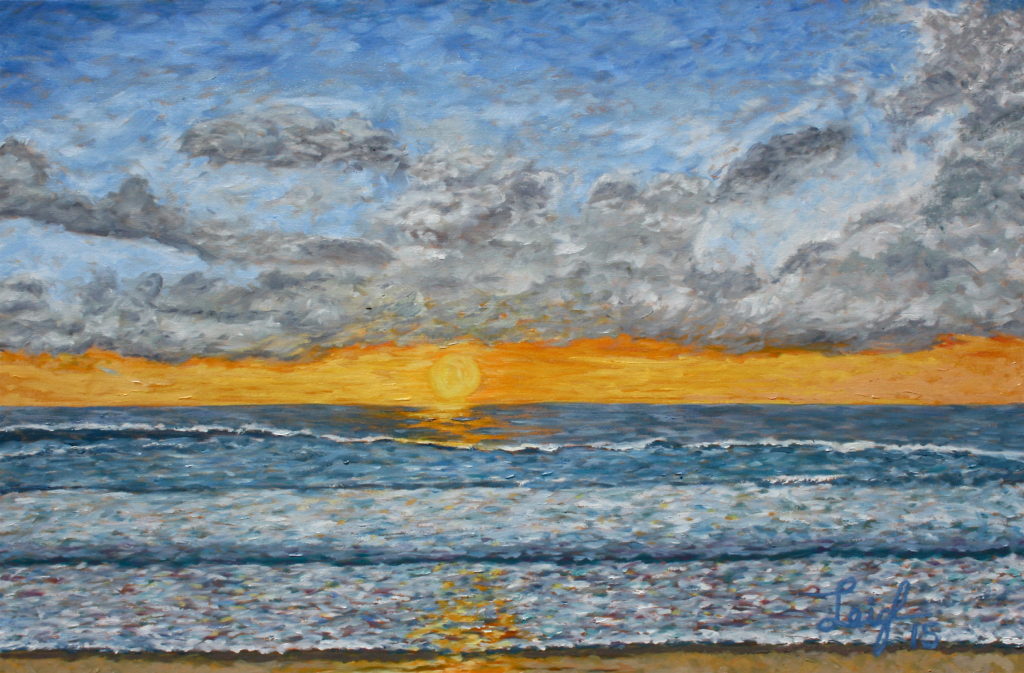 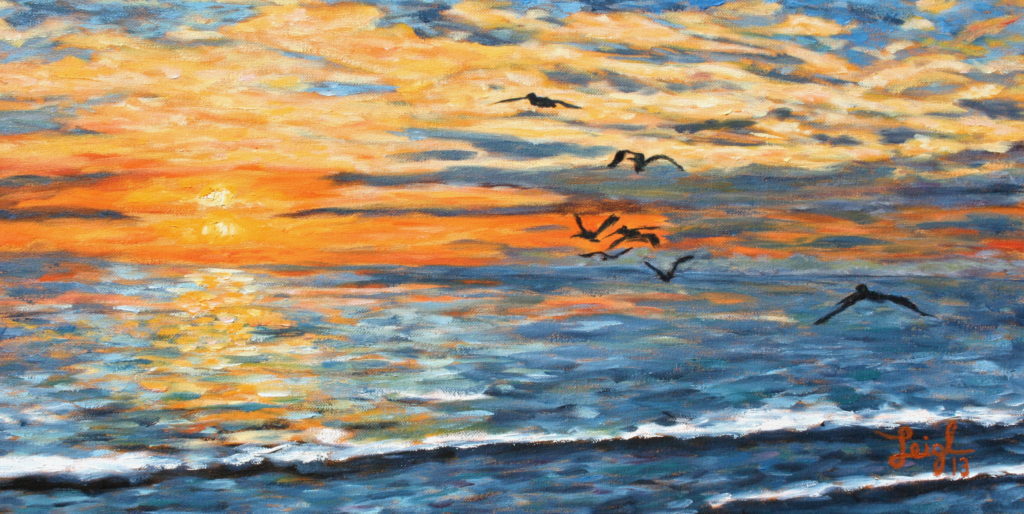 When I heard that a cherished coach had cancer, I processed that grief by painting, “Coach Plays the Flute,” which displays more appreciation, spirituality, and inspiration than the sadness  I showed in “Stormy Sunset.”

For me, and I suppose most painters, the creative act is an outlet for emotions that get reflected in the substance of their artwork. This is quite apparent by comparing these two Water Lilies by Claude Monet. The first, a sensuous, serene scene, was painted during happy times in Giverny, when some of his most beautiful garden and pond pictures were composed. The second, by contrast, was worked on in fits during World War I, when he was a widower plagued by loneliness and depression, moods which are conveyed in this second painting below, one of a series of weeping willow canvases symbolizing death and mourning. 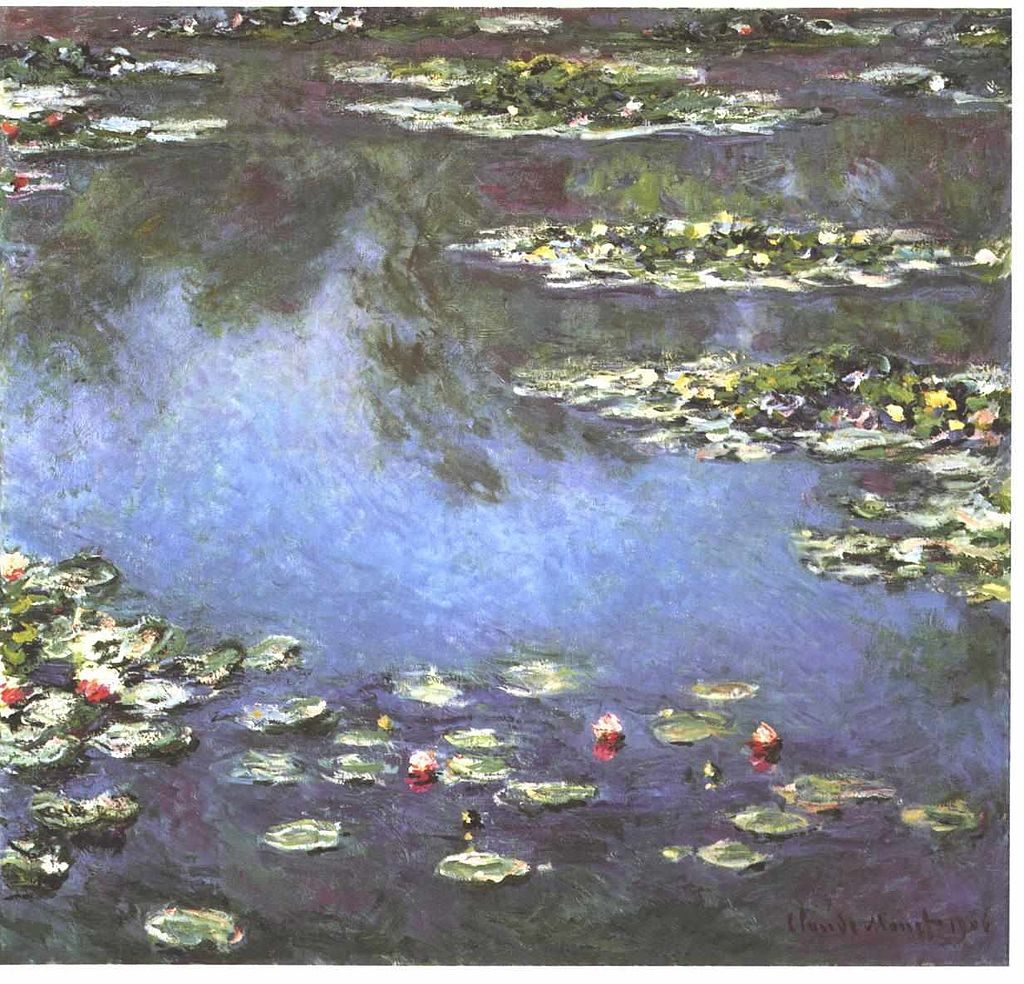 Water Lilies and Reflections of a Willow by Claude Monet (1916–19), Musée Marmottan Monet

Although I didn’t emerge happy-go-lucky after completing “Stormy Sunset,” I did feel a sense of relief from the effort. While I painted, I thought about my relative’s circumstances and how helpless I was to influence the situation’s outcome. Each brushstroke brought my focus back to the present—to my life and my reality—instead of the relative’s state of affairs. Thus, each stroke was a mediation, like repeating a mantra or watching one’s breath.

Whether the emotions are personal or political, based on physical or psychological conditions, doing something creative is the best medicine. Lindsey’s piano improvisations and my oil paintings are just two approaches to self-expression. Art, music, writing, dancing, building something, or just shooting hoops in the driveway are just a few positive ways to deal with low feelings.

In this way, I am reminded of a quote (repeated by Paul Auster in his 2017 novel, 4 3 2 1) by the poet Kenneth Rexroth, “Against the ruin of the world, there is only one defense: the creative act.”